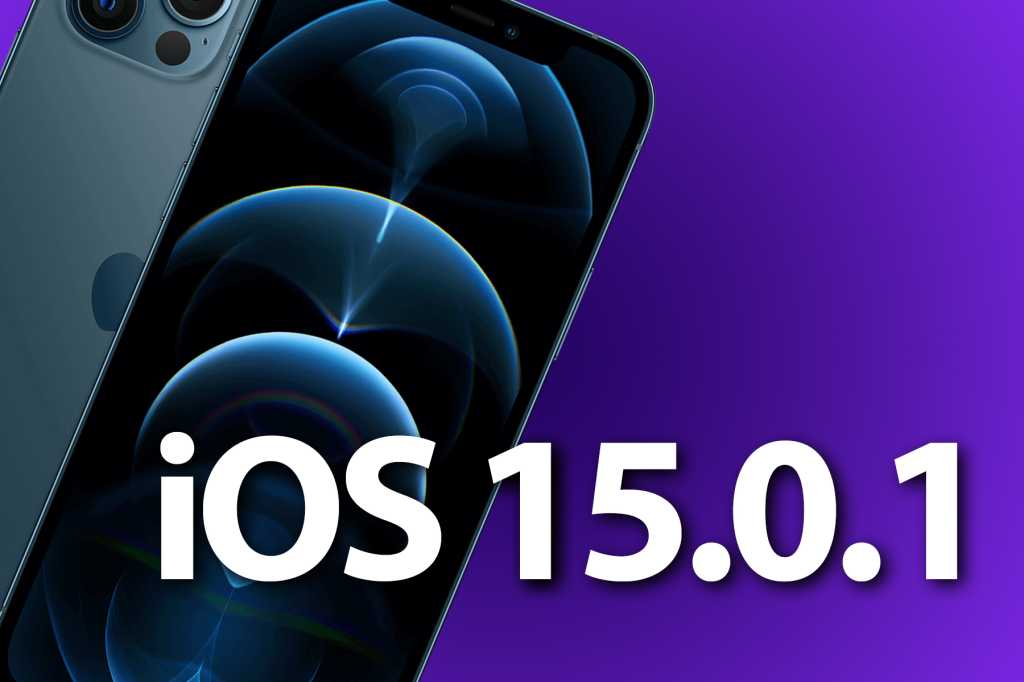 Every major new yearly iOS update comes with a few bugs, despite Apple running a big beta-test program that lasts months and incorporates millions of users. When you’ve got enough hardware in the world, you just can’t catch everything. Some of those bugs have been big enough that we recommend users wait to upgrade to iOS 15 until a few of them are fixed.

We might have to rethink that recommendation now that iOS 15.0.1 is out. It fixes three of the more commonplace problems, including the frustrating Unlock with Apple Watch bug.

The release notes for iOS 15.0.1 are quite short. Essentially, this release fixes three known iOS 15 bugs:

This update includes bug fixes for your iPhone.
– Unlock iPhone with Apple Watch may not work on iPhone 13 models
– Settings app may incorrectly display an alert that storage is full
– Audio meditations could unexpectedly start a workout on Apple Watch for some Fitness+ subscribers

When you see the update listed, choose Download and Install and follow the instructions. Your iPhone will have to restart.