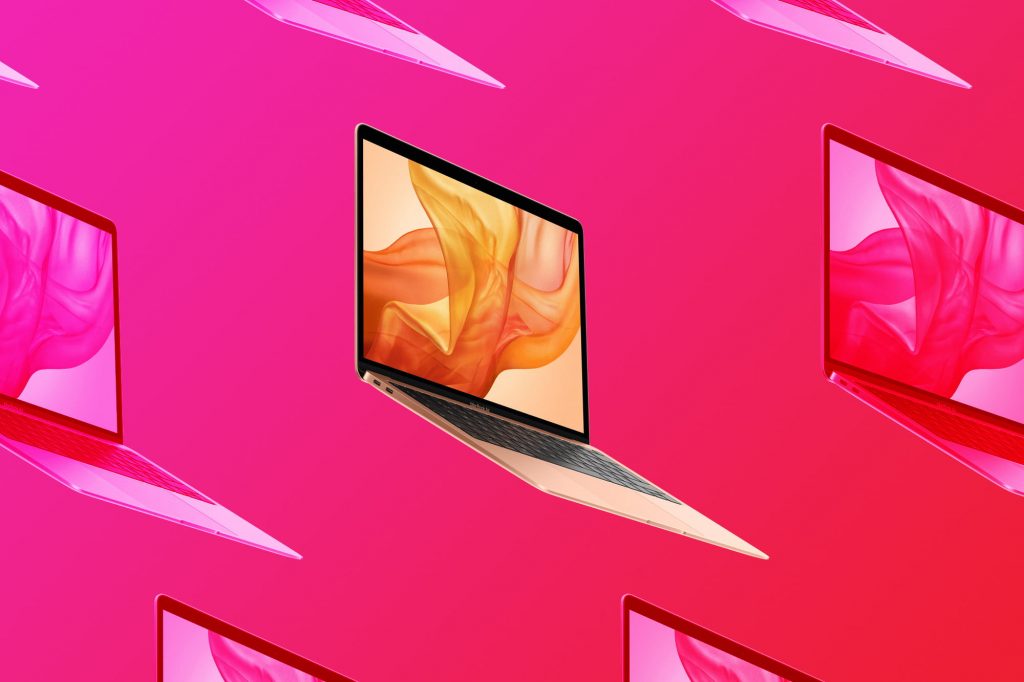 Black Friday 2021 is coming and with it will come a plethora of awesome Black Friday MacBook deals. Every year, we see some of the best Black Friday MacBook sales out there and this holiday shopping season is sure to be a big hit, too, even with ongoing supply shortages. Whether you’re hoping to score a cheap MacBook Air, a 13-inch MacBook Pro for school or work, or a high-end 16-inch MacBook Pro for video editing, this annual sales event is sure to offer up the lowest prices you’ll see all year.

Almost every product from Apple — including iPhones, smartwatches, iPads, and even MacBooks — will see big discounts during Black Friday weekend. Depending on your budget (or what type of MacBook you are looking to acquire), the 2021 Black Friday MacBook deals are going to be the best and maybe final chance before 2022 to upgrade or switch over to Apple’s popular laptop. Here’s everything you need to know about this season’s best MacBook Black Friday deals if you’re planning to snap one up for yourself or your loved one.

Last year, we saw a pretty even mixture of different Black Friday MacBook deals across a wide range of specs and price points. During Black Friday weekend and through Cyber Monday, we saw the MacBook Air down to its lowest-ever price at Amazon with a massive saving of 20%. There were also some noteworthy discounts for the new MacBook Pro 16-inch, which got a $250 price cut for a short time, with similar MacBook Pro Black Friday deals going on for the ever-popular 13-inch model as well.

We even saw discounts for the standard 12-inch MacBook last year, but don’t count on finding any this time around. That MacBook model has been officially discontinued and since its hardware is a little long in the tooth by 2021 standards, it isn’t the best value any more even if stock is still floating around anywhere. Look for MacBook Air Black Friday deals instead if you’re after the cheapest entry point into the MacOS laptop market.

Apple doesn’t run a lot of Black Friday MacBook deals itself, but there was an Apple Store bonus during the weekend where you could get a gift card worth up to $200 with certain purchases. For example, if you bought any MacBook Pro Black Friday deals from Apple directly, you were eligible for a gift card worth $200. Other sales offered discounts on MacBook accessories. A ton of MacBook cases were discounted by up to 50% off on Best Buy, to name one example.

What Black Friday MacBook deals we expect to see this year

Apple has an extensive range of products, but its current laptop line consists of two models: The MacBook Air and MacBook Pro. The latter is further broken down to the MacBook Pro 13-inch and the MacBook Pro 16-inch, with the 16-inch version offering more hardware upgrade options along with its bigger display. It’s likely that all MacBook configurations will be discounted to some degree during this year’s Black Friday MacBook sales.

The MacBook Air is the most portable and generally most inexpensive option out there so its discounts are likely to be modest but important. This is also arguably the most popular member of the MacBook family, with the Air having been nicely updated with Apple’s superb M1 chip architecture. We’ve seen the entry-level model go on sale for as little as $850 this year, so expect the 2021 MacBook Air Black Friday deals to be at least as good as that, and hopefully better.

The MacBook Pro 13-inch is the mid-range option so expect similarly middling discounts. The MacBook Pro 16-inch is the high-end model, which means it’s expensive but often garners the biggest price cuts among all of the Black Friday MacBook deals. That means that the biggest markdowns during this year’s MacBook Black Friday sales will likely be on the newest 16-inch MacBook Pro and 13-inch MacBook Air, both of which also feature the new M1 chip hardware. It’s possible that we’ll see even bigger discounts during this event than we did during Prime Day, as Amazon isn’t as strong as other retailers when it comes to MacBook deals.

If you’re okay with buying a last-gen model or even a refurbished laptop, then older recertified MacBooks should also be anywhere between $100 to $400 off from retailers like Amazon. You may even get some worthy discounts on refurbished MacBooks from the Apple Store.

If you’re looking for Mac accessories, there should also be discounts anywhere between 20% to 50% from Amazon, Walmart, Adorama, and Best Buy. These outlets regularly offer certain Black Friday package deals for MacBook models that include a case and other accessories or even software. We expect these bundles to feature heavily among this season’s Black Friday MacBook deals.

Should you buy a MacBook on Black Friday or Cyber Monday?

Black Friday sales now spill over into Cyber Monday. And with so much shopping still being online this year, most retailers will run their best sales starting Black Friday itself. Prices also won’t differ during these two events so don’t let that sway your decision.

Honestly, if you see any MacBook Black Friday deals that look good to you, it’s worth snapping up as soon as possible. Stock is always limited even during normal sales seasons, and this year stock might be even tighter due to ongoing chip shortages and supply chain constraints. No Black Friday MacBook sales are guaranteed so snap your desired laptop up as soon as you can to avoid disappointment.

There’s no guarantee that the great price you saw on Black Friday will still be there when Cyber Monday rolls around, and the prices aren’t likely to be any lower, either. In the unlikely case your purchase does end up being cheaper on Cyber Monday, many retailers have started offering Black Friday price guarantees to ensure you get the best price.

Unlike some manufacturers, Apple has a relatively small range of laptops on offer. Still, knowing where to get started can still be tricky. The key to hunting down the best Black Friday MacBook deals is to know what you want ahead of time. It’s not a good bargain if you buy the wrong laptop for you, so it’s smart to have a plan. Here’s some tips on how to shop the sale and what to look for in your search, and if you need even more specific buying advice, our guide to the best MacBooks has you covered.

Do MacBooks go on sale on Black Friday?

Discounts on Apple products are often fleeting. That’s especially so for MacBooks, which is why Black Friday is such a good time to get an Apple laptop. Even if you’re not likely to find great Black Friday MacBook deals at the Apple Store, other retailers like Amazon and Best Buy offer plenty of discounts during this big annual sale.

However, that doesn’t mean you should just dive head-first into the first MacBook Black Friday deals you see, as not every offer is as good as it seems. Many retailers use these seasonal sales as an opportunity to offload old or outdated products that they want to get rid of. Read reviews and check specs thoroughly to make sure the product does what you want it to. There’s no point buying a steeply discounted MacBook if it is no good.

Also be aware of the high-pressure tactics some sellers use to coax you into buying. You might see things like countdown timers or warnings that other shoppers are about to buy the product you are looking at. Don’t be taken in by this. Do your research and take your time, and that will make the Black Friday MacBook deals all the sweeter when you find the right one.

How much are MacBooks on Black Friday?

MacBooks retain their value incredibly well thanks to their longevity and premium design. You can end up paying a lot for one, which makes it important to know what to look out for. If it’s cheap MacBook Black Friday deals you’re after, the MacBook Air is the most affordable of the bunch. If you don’t mind getting one that is a few years old, you’ll find MacBook Air Black Friday deals for around $500 to $750, with more recent models (sporting the M1 CPUs) costing between $750 and $1,200.

If you want to up your budget, then you can step up to MacBook Pro Black Friday deals. These higher-end laptops offer upgrades like improved displays and more powerful hardware specs, especially with the 16-inch MacBook Pro. You can expect discounted MacBook Pro models to start at about $1,000 and can go over $2,000 if you opt for a maxed-out 16-inch version.

If you find any really tempting Black Friday MacBook deals and you’re about to pull the trigger, do a quick check when the model you are looking at was released (a quick way is to see if it has the new M1 CPU). Because MacBooks hold onto their value so well, even older units with Intel Core processors can cost a fair chunk of cash. You don’t want to overpay when you can get a more recent MacBook for only slightly more.

Should you wait until Black Friday to buy a MacBook?

A MacBook is not a small purchase, so naturally, you’ll want to find the best possible price before you pony up your hard-earned cash. The good news is that MacBook Black Friday deals are almost certainly going to knock prices down to the lowest they’ve been all year. That said, retailers often like to roll out early teaser deals which are often every bit as good as what you’ll find during the official Black Friday MacBook sales.

If you see a model you wanted at your price target in this pre-sale period, don’t hesitate to jump on it. Inventory is likely to be tighter and go faster this year, so you might not get another shot, and don’t assume you’ll see the same Black Friday MacBook deals later in the weekend. If by some chance the item you wanted is cheaper later in the week, many retailers offer Black Friday price guarantees and will refund you the difference so you get the best bargain.

Who has the Best Black Friday MacBook deals?

Typically, Apple doesn’t run its own Black Friday MacBook deals in the form of standalone price cuts, although the Apple Store does typically throw in bonuses such as gift cards during sales events like these. If you’re after a proper discount, the best place to shop Black Friday MacBook sales are retailers such as Amazon, Best Buy, Adorama, and B&H. Walmart and Target aren’t as big on discounting MacBooks during Black Friday, but they are definitely worth keeping an eye on if you’re after some discounted MacBook accessories.

Adorama and B&H are also good (and often overlooked) places for Black Friday MacBook sales. These outlets, along with Best Buy, have had good prices on the MacBook Pro models, particularly the newer M1 machines. Keep your eyes peeled on these sites if MacBook Pro Black Friday deals are what you’re after.