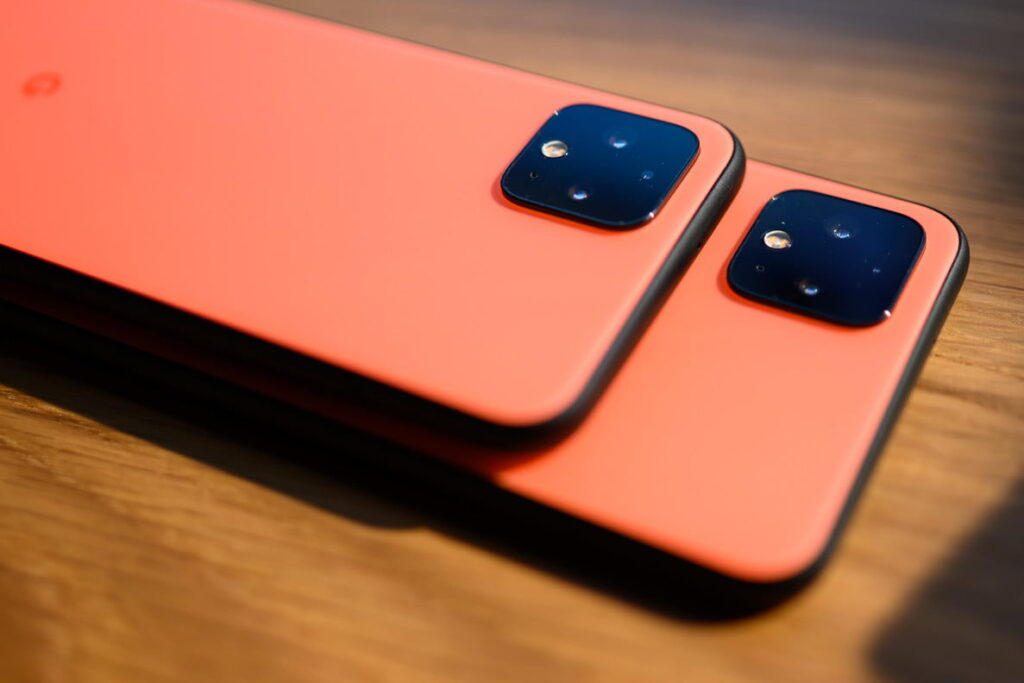 Now is an excellent time to find deep discounts on the Pixel 4 and Pixel 4 XL smartphones if you’re in the market for some Android smartphone deals. Google’s excellent flagship phones deliver one of the best Android experiences around — no surprise there given that Google is largely responsible for creating this mobile OS — and to help you find the right one for your budget, we’ve rounded up all the best cheap Google Pixel 4 deals available this month and put them right here in one place.

Keeping your options open? Good. Take a look at these Google Pixel deals if you also want to see some discounts on the Pixel 3 and all-new Pixel 5.


Buy Renewed and get a nice discount on the budget-friendly Pixel 4a, which is factory-unlocked so you can take it to the compatible carrier of your choice.


Google’s budget-friendly Pixel 4a is here, and it’s already cheaper than the Pixel 3a — but if you activate today, you can get it for even less than that.


Activate a new line with AT&T on a qualifying plan and score the excellent Google Pixel 4 XL for less than you might expect for a flagship device.


Google just released a 5G-capable version of its Pixel 4a phone, which might be the best value to be had right now if you’re after a brand-name 5G handset.


If you feel like sizing up, Amazon has the Renewed Google Pixel 4 XL complete with a vibrant 6.3-inch OLED touchscreen. It’s unlocked, too, so you can bring it to your favorite carrier.


For the digital nomad looking for a worthy rival to the iPhone, the Google Pixel 4 is exactly that, offering an HD camera and motion-powered automation in one sleek and stylish package.


The 2019 Google Pixel 4 is still a fantastic phone and an unbeatable value now that the Pixel 5 is out. New or current Verizon customers can score what might be the best price on one right now.

Google just rolled out its fifth-generation smartphone, the Google Pixel 5, and while it’s a fine device, it doesn’t mark a huge upgrade over the last-gen model — meaning that your choice between the Pixel 5 and Pixel 4 or Pixel 4 XL might not be a simple one. The bevy of Google Pixel 4 deals won’t make that choice any easier, either; even if the Pixel 5 isn’t as costly as an Apple iPhone 12 or Samsung Galaxy Note 20, the Pixel 4 and Pixel 4 XL offer a value that’s hard to beat right now.

Although they are from 2019, the Google Pixel 4 and Google Pixel 4 XL can hardly be considered long in the tooth by 2020 standards. These 2019 Android flagships still offer excellent hardware performance, superb camera modules (a feature that has always shone on Pixel phones), vibrant and buttery smooth displays, and one of the best software experiences to be had on a modern smartphone — no huge surprise given that Google is the company largely responsible for creating and maintaining the Android mobile operating system.

If you’re stuck trying to decide whether you should spring for the new fifth-gen Pixel or opt for one of the last-gen flagships, then the closest side-by-side comparison is arguably between the Google Pixel 4 XL and Google Pixel 5 (there was no Pixel 5 XL model released in 2020). Using those two as a benchmark, we can see that although the Pixel 4 XL packs a Snapdragon 855 chip that utilizes last-gen architecture, it still outperforms the Pixel 5’s newer Snapdragon 765 processor overall. The Pixel 4 XL also has a 6.3-inch AMOLED display with a resolution of 3,040 × 1,440 pixels (537 pixels per inch) — clearly superior to the Pixel 5’s 2,340 x 1,080/432ppi OLED touchscreen, which has the same resolution as the Pixel 4’s OLED 5.8-inch display.

That said, the Pixel 5 does boast more RAM (8GB instead of 6GB) and an improved camera module that finally adds the wide and ultrawide lenses that were curiously absent from Google’s fourth-gen flagships. The Pixel 5 also improves the battery life, which was another sticking point our review team had with the Pixel 4 and Pixel 4 XL. Overall, however, with the bevy of Google Pixel 4 deals now available, it’s hard to beat the value that these 2019 models provide. Make no mistake: The Pixel 5 is a great phone, but it’s clear that the Google design team cut some corners to keep the price down. That lower retail cost might be enticing compared to a $1,000-plus flagship like the iPhone 12 Pro but it’s less appealing when you consider that still-great last-gen models like the Pixel 4 and Pixel 4 XL can be had for even less in 2020.

Worth a final mention is the Google Pixel 4a, a mid-range “flagship alternative” and heir to the excellent Pixel 3a. Even though it bears a moniker with the number four, the Pixel 4a isn’t really comparable to the Pixel 4 in the same way that, for example, the iPhone 12 is comparable to the iPhone 12 Pro (in that both are premium flagships). The Pixel 4a is a mid-range phone — not a true flagship — and is priced accordingly at around $350, but it’s nonetheless one of our favorite Google releases. It’s an incredible value and a 5G-capable variant was also just released, so if worthy Google Pixel 4 deals are eluding you, the Pixel 4a is definitely one that you should check out.