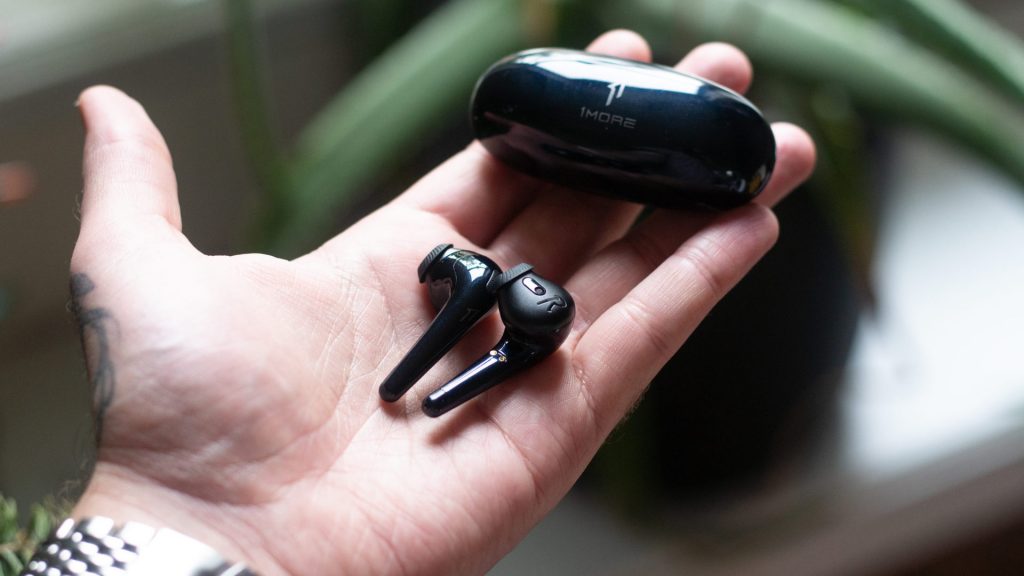 It can be difficult to know just what you’re looking for, so we’ve done our best to organize some options for you. We’ve put together some headphones and earbuds deals along with wired and wireless options. You can also head on over to our sister site SoundGuys for more in-depth news and reviews.

Featured deal: Get the 1More ComfoBuds Pro for just $59.99

1More announced their line of ComfoBuds at CES 2021, with the standard model rolled out at the time and the ComfoBuds Pro following later in the year. This upgraded version of the ‘buds just hit their best ever price of only $59.99 ($40 off) — making them as affordable as the originals.

This deal puts the ComfoBuds Pro into the affordable category, but they do pretty much everything you could ask of your wireless earbuds. The excellent sound quality is enhanced by the fact that you can switch between multiple noise-cancelling modes, or switch it off entirely.

Custom touch controls allow for easy use during your workout or park run, and an IPX4 sweat and water resistance rating ensures the earbuds are protected. The microphone works well, and the battery life keeps the tunes flowing for as many as seven hours of continuous playback.

Check out the deal while it lasts via the link below, or keep scrolling for many more offers on all categories of earbuds and headphones.

All of the deals featured here were active at the time of writing, but retailers change deals frequently. We’ll keep the list updated to reflect the latest offerings.

Some wireless headphones hold an advantage over earbuds because they can pack larger drivers with more premium materials. They make a great option in pretty much any situation, but they may get a little heavy while working out.

Related: The best noise-cancelling headphones of 2021

Wireless earbuds are often the go-to choice for working out and running errands thanks to the small size, but you can really use them anywhere. Here are a few of the best savings we could find:

If you have a few Apple products in your arsenal, you may want to consider these AirPods deals as well:

Some people, including our SoundGuys team, swear by wired headphones. After all, wired headphones can typically handle a higher output and often offer better audio quality. You also don’t need to charge wired headphones, but you are limited by the length of the cord.

If you want the best possible sound quality and you don’t mind the cord, wired headphones are the only way to go. Here are some of the top wired headphone deals we could find:

Ensuring your audio is on point for gaming is pretty key if you want to compete. Of course, audio quality is important but when looking at gaming headsets equally relevant is comfort if you’re settling in for a marathon session.