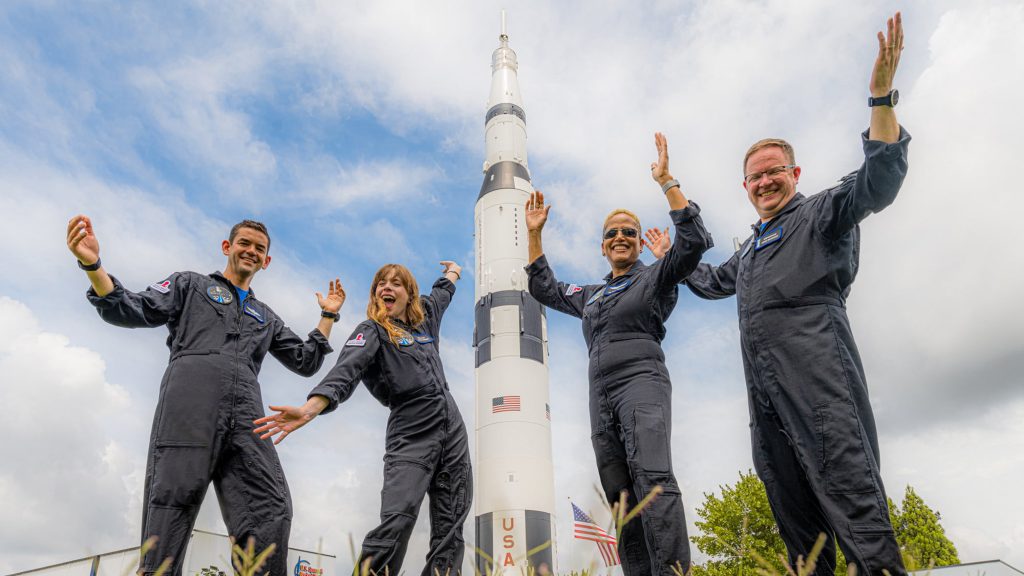 The Inspiration4 mission with non-professional astronauts Jared Isaacman, Hayley Arceneaux, Sian Proctor, and Chris Sembroski launched from Cape Canaveral in Florida on September 15 and returned three days later in a splashdown off the Florida coast.

The crew traveled aboard a specially designed Crew Dragon spacecraft that for the first time included a glass dome for breathtaking views of Earth 357 miles (575 kilometers) below.

The five-part docuseries, called Countdown: Inspiration4 Mission To Space, follows preparations for the groundbreaking flight as well as footage from the mission itself.

Arceneaux, who became the first person with a prosthesis to visit space and at 29 the youngest American to orbit Earth, hit Twitter on Thursday to highlight the release of the final episode.

Ahhh the finale of Countdown: Inspiration4 Mission to Space is now streaming on Netflix!!

Loved reliving launch week and our amazing experience in space. Can’t thank the documentary enough for giving us the gift of these memories pic.twitter.com/1WHKy9J8JS

Here’s the episode breakdown, as per Netflix:

1 – Preparations begin for the mission to send four civilians into orbit, and its charitable goals lead to a 29-year-old cancer survivor joining the crew.

2 – Principles of generosity and prosperity inform the selection of the last two crew members. Excitement for the flight ramps up, but anxiety lingers.

3 – As training begins, the crewmembers process the physical, mental, and technical demands being placed on them. A climb of Mount Rainier puts them to the test.

4 – A fighter jet ride prepares the crew for the G-forces of spaceflight. Hayley, Sian, and Chris relate the emotions they experience as launch approaches.

5 – The wait is finally over. The Inspiration4 mission lifts off from Kennedy Space Center, sending the civilian crew on the journey of a lifetime.

The successful mission could pave the way for an orbital space tourism service enabling private citizens to spend time in orbit, something up until now almost exclusively the preserve of highly trained astronauts.

Isaacman, the CEO of payment processing company Shift4 Payments, secured the Inspiration4 flight in a private deal with SpaceX. Through various means, he selected three others to join him, covering all costs. Isaacman said that he wanted to use the mission to raise awareness and funds for St. Jude Children’s Research Hospital in Memphis, Tennessee.

If you can’t catch the Netflix docuseries, check out Digital Trends’ collection of photos and videos that tell the story of the mission from launch to splashdown.