Games Inbox: Will there be a GTA 4 remaster? 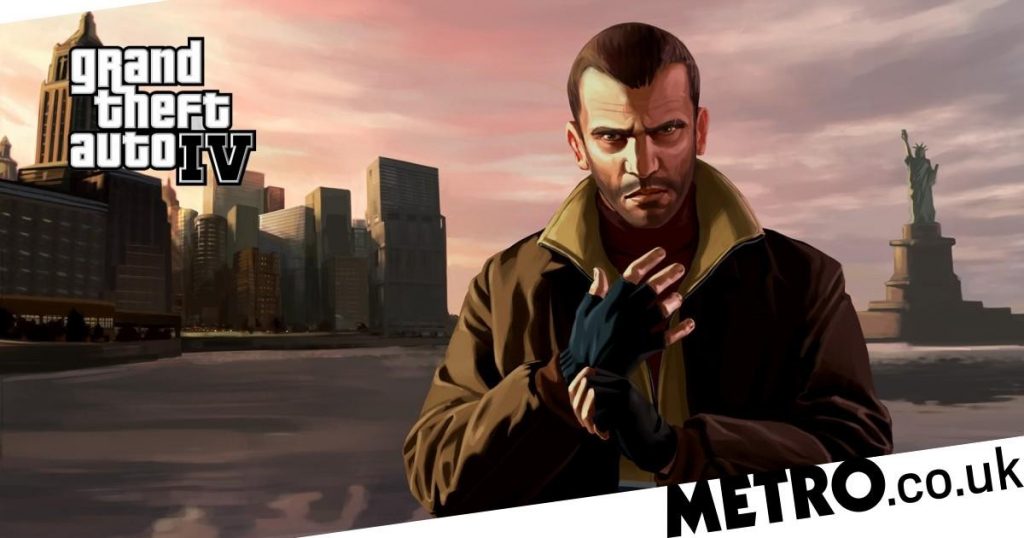 The Friday Inbox is unimpressed by the first impressions of eFootball 2022, as one reader is doubtful about the improvements in Far Cry 6.

Four the players
I guess the only question about the GTA remasters now is how much they’re going to charge for it, which I assume will be a lot – at least full price. I’d start complaining but I know fine well I’ll pay whatever it is as long as they’re decent efforts. Bizarre it’s taken this long to get them though and even now they only seem to have been done to add some kind of bonus to the next gen version of GTA 5. Although seemingly that’s not how they’re being sold now.

I wonder though, whether this will give Rockstar a taste for more remasters as there’s already that Nvidia leak mention of Liberty City Stories. What I’d be most interested in is a remaster of GTA 4. As far as I’m concerned that is by far the worst GTA, not in terms of story of characters but just because it plays so badly.

Even at the time the driving, shooting, and punching was terrible and if you go back to it now you wonder how Rockstar ever had the nerve to release it like that. The city isn’t all that great either and kind of bland. I realise that would take a lot of effort to change but the gameplay changes wouldn’t, even if it’s just making them exactly the same as GTA 5.

I hope it happens, especially after Take-Two said they were getting more into remasters and remakes. I mean, they put all that effort in to the first Mafia game and I can’t imagine who was supposed to be interested in that.
Austin

The lady doth protest too much
So that was pretty of character for Nintendo, instantly denying the rumour about 4K games. I agree it would’ve been because of the OLED Switch and them not wanting anyone to be put off buying it but I just don’t think it seems plausible that they wouldn’t have a more powerful and/or a brand new console in development by now.

Like GC said, nobody believes that 10 year lifespan nonsense and there’s probably a hundred ways around what they said in their denial that would still mean they are working on a new console or that those developers have devkits.

The phrasing was that they don’t have 4K kits so what if what they have are actually Switch 2 kits? Nintendo’s denial would be technically true but at the same time what the rumour was saying is still basically true too. Or maybe the kits don’t actually output at 4K at the moment (or however they work) but that’s what the games are being developed in mind for.

The mere fact that Nintendo was so quick to deny everything just makes me think it’s more true.
Paulie

Long form storytelling
I think people are kind of skating over the bigger story with God Of War: Ragnarök, which is that it was impossible for them to tell a bigger story because it would’ve taken too long. That’s crazy. Basically, if they wanted a trilogy that would’ve taken 15 years and it’s unreasonable to expect people to wait that long/remember what the hell was even happening in the first one.

I agree but doesn’t that point to the whole current state of big budget gaming being fundamentally broken? It takes five years, minimum, to make a state of the art game and if you’ve got a story that goes over multiple years you’re basically limited to just two or having to remind everyone of the plot every five minutes by the time you get to the last one.

Consider The Last Of Us. Naughty Dog says they haven’t decided yet whether they’re doing a third one yet or not. That implies they haven’t started work on it yet, so if it did come up it’d be a minimum of 13 years, and probably several more, since the first one came out before the third one is out. That’s crazy.
Kory

Past the peak
I have to say I have very little faith in Far Cry 6 being a good game. We’re six games and numerous spin-offs into the franchise and I can’t remember the last time it even did anything new or interesting. Far Cry 3 was always the best and we’re a long way past that now.

Also, and I don’t want to make anyone feel old, but Far Cry 3 was nine years ago now and things have moved on since then, while Far Cry is still almost exactly the same game.

All I’ve heard them talk about with the new one is the story, which I really couldn’t care less about. Plus, I’ll have no idea whether it’s authentic or not, so I’m not really sure why that’s what they’re obsessing over rather than some actual gameplay innovation.
Rodan

Saving up
I find it insane that the PlayStation 5 has sold so many units. I still only know one person who owns the console. Maybe that’s a reflection on my social circle, but I find it all bizarre. Are we sure scalpers aren’t responsible for half of the sales, and have thousands stocked up ready to unleash on society in the run up to Christmas at double RRP?

Also, great preview of Metroid Dread. I normally never pre-order but snapped up what must have been a pricing error by Curry’s, and have been crossing my fingers and toes that it lives up to the previous entries.
Matt

Good practice
A little surprised that Sony is buying Bluepoint to work on original games. That’s a good thing, I’d always prefer originals to anything else, but up till now Sony has been buying these developers to work on exactly the things they’re best known for.

I’m glad for Bluepoint but I won’t lie that I enjoy remakes in general and thought they did a really good job with their ones. So I hope Sony finds someone else that can do them and continues to pump that out now and again. If developers see it as a good way to practice, before moving on to making their own games, then there should be an endless supply of them lining up, that can then move on to their own stuff before being replaced by someone else.

I guess this also puts the final nail in the coffin into all those rumours about the Silent Hill remake though. Everyone seemed so certain, like the Switch Pro rumours, but it just all came to nothing. Shame, as I bet Bluepoint could’ve made a great job of it.
Londo
PS: I just though, maybe the next company Sony buys will be Konami and that’s why there’s been so many rumours about remaking their games?

Rare Metals
Who on earth has convinced Sony that anyone cares about Twisted Metal? Even the creator says it’s something that doesn’t have any appeal outside America and you’d think he’d be all for more of them. And using the same developers and payment plan as Destruction AllStars, a game I’d completely forgotten existed until five minutes ago?

I’m sure they won’t spend much money on it, so it doesn’t really matter, but it seems a massive longshot to me. Although fair due to whoever at Sony convinced Netflix to pay for the rights to a TV show.
Kimble

Worst of both worlds
Oh, you have given me a laugh with that picture of what I believe is a poor man’s Lionel Messi. Reminds me of that terrible bust of Cristiano Ronaldo from a few years ago!

How anyone at Konami thought it would be a good idea to release what is obviously an unfinished product is beyond me. However, for football fans, what choices are left to them?

After the farce of NBA 2K22, which is also stuffed with extra purchases, it appears to be a terrible time to be a video sports games fan. You’re, literally, being taken to the cleaners to have your wallet shaken just by loading the game, and it’s always seemed unjust because the very next year the entire process starts from scratch again.

I always believed sports games, with annual releases, should have lent themselves to subscription purchases years ago, but why bother when EA/Konami/Take-Two can get you to pay full price AND pay for loads of extras. Wonder how much you’d have to spend to accumulate everything in one sports game, like FIFA, per annum?

Anyway, I’m glad I don’t like sports games, as it’s saved me a fortune over the years, but I hope other gamers now start seeing the light and vote with their wallets, keeping them firmly shut, as it’s obvious that no government or regulator is going to intervene.
ZiPPi

Inbox also-rans
Just a heads up, Marvel’s Avengers is coming to Game Pass on 30th September. I guess it’s the last throw of the dice for the game, as it has been reported that less than 500 people are playing the game on Steam.
Comes with all DLC included, except for Spider-Man which is PlayStation exclusive.
TWO MACKS

Good to see EA taking a stand with cheaters before they even start. I’m totally for instant and permanent bans for cheating. There’s no excuse and no one wants these people ruining the game, or any game. I just hope the measures work.
Royston

This week’s Hot Topic
The subject for this weekend’s Inbox was suggested by various readers, who asked what is the most memorable video game box art?

It can be either memorably good or bad, but which made the most impression on you and why? Since physical copies are becoming increasingly rare you may never have seen the artwork in question on an actual box but how important do you feel key art images are in setting the tone for a game?

Have you ever tried to get a poster or other merchandise featuring the image and how iconic do you think it is outside of gaming?