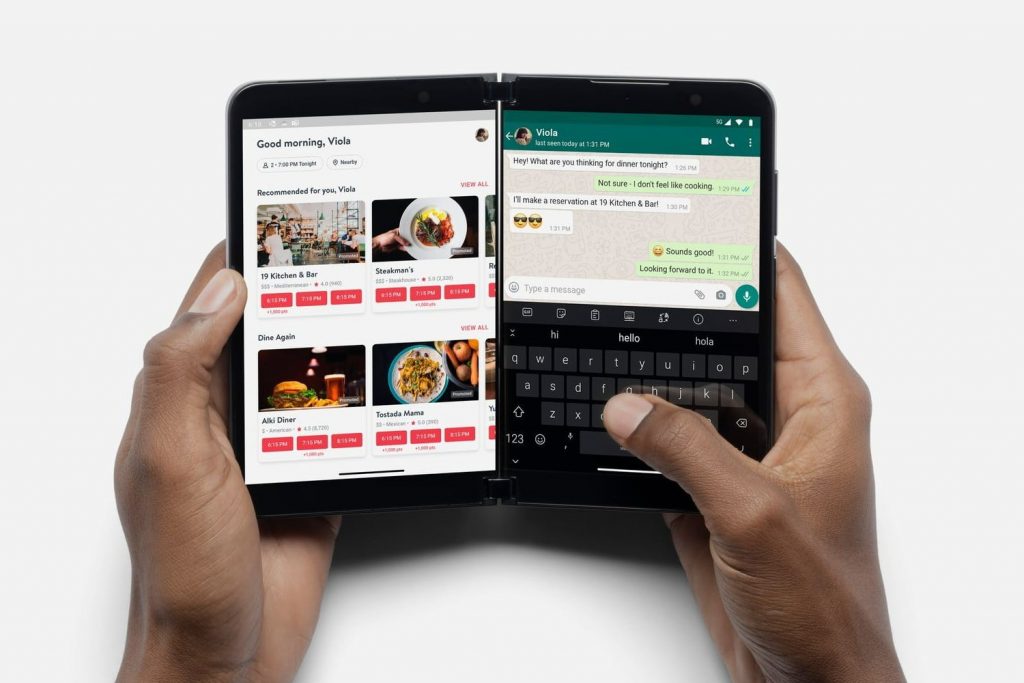 Microsoft’s Surface Duo 2 debuted last week as Microsoft’s second take on the foldable phone genre. And what a take it remains. It isn’t styled like the Samsung Galaxy Z Flip or Galaxy Z Fold-series, which turn into flip phones or small tablets. It instead resembles something that’s more akin to a small laptop or the now obsolete Nintendo DS. With its wide chassis and a less flexible display, it’s very different in a way that some have found off-putting, but that’s not inherently a bad thing.

There are no rules yet

Microsoft has always been unconventional, zagging when others zig, for better or worse. Its Windows Phone operating system infamously came with Live Tiles where other mobile operating systems pushed icons, it sold its Windows tablets as a desktop replacement while the iPad and Android tablets leaned hard into mobility, and it shipped all sorts of laptop-like devices before straight-up making a laptop. Microsoft has never been one to take the easy road, but this just may be one market where being different pays off.

The weirdest thing about being an unconventional foldable? It’s that there are no rules just yet. While Samsung has so far dominated the foldables market, it’s easy to forget that the question of the “ideal” foldable is not settled. Heck, Apple hasn’t even stepped in yet, and the company does tend to steer the direction of the markets it chooses to dabble in for the most part.

Picked up the Flip 3 for the first time in probably a week to check something, and found that it was shattered inside along the crease. It didn't happen when I opened the phone, and wasn't like this last time I used it. pic.twitter.com/c8GARg7ETj

Daring to be different

Samsung’s new Folds and Flips are its best foldables yet, but even they still suffer from the expected issues. There are certain constraints with smartphones just by virtue of physics. Glass breaks, batteries burn, and foldable phones flex. Samsung has done great engineering here, mind you, but no company can build around physics, only work to mitigate its effects. Microsoft’s approach is a different one, one that avoids its battle with physics by choosing not to play that game. Rather, the Duo is comprised of two screens connected by a hinge — and it works. Unlike the myriad of stories you hear about the Razr, Flip, or Fold shattering and breaking, Microsoft’s Duos don’t have the same reputation of fragility.

Foldables by their very nature are different. Is the Duo going to be niche? Yes, but which foldable isn’t? Microsoft excels when it makes niche, weird stuff that is very good at what it does. With the first Duo, the company made some very weird, very strange choices. For a device that’s built for the future, that Duo staked itself firmly in the past. It held on to 4G and an outdated processor, and ditched NFC. Being different in ways like this simply won’t work — and Microsoft learned from that.

The Surface Duo 2 remains an intriguing device. For all the concerns about its hardware, what Microsoft really has to nail — and keep nailing — is its software experience. From animations to reliability, all the way down to updates, the first Duo stumbled right out of the gate. Let’s hope the company can nail it this time so the hardware form factor can truly be evaluated on its own merits.