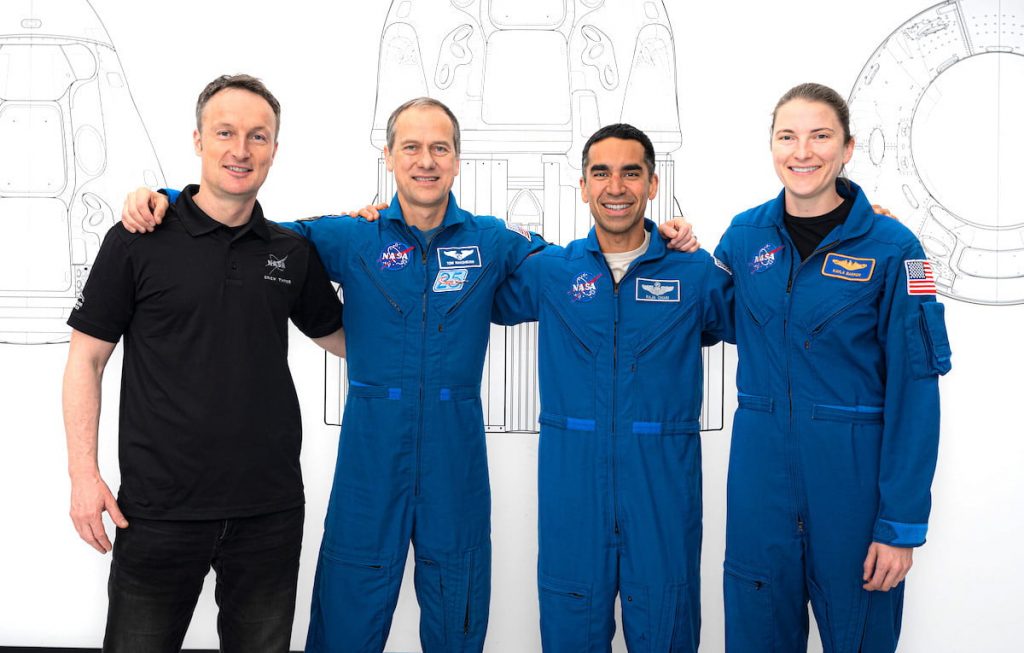 NASA has announced a new launch date for SpaceX’s Crew-3 mission that will carry four astronauts to the International Space Station (ISS).

Conditions permitting, NASA astronauts Raja Chari, Tom Marshburn, and Kayla Barron, together with European Space Agency (ESA) astronaut Matthias Maurer, will lift off from Launch Complex 39A at the Kennedy Space Center in Florida at 2:43 a.m. ET on Saturday, October 30.

The date is a day earlier than originally planned.

The launch will mark the fourth crewed mission using SpaceX hardware following the company’s first astronaut launch in the summer of 2020 with NASA’s Doug Hurley and Bob Behnken.

The SpaceX Crew Dragon spacecraft carrying the Crew-3 astronauts is expected to take about 22 hours to reach the ISS.

The incoming astronauts will live and work alongside the Crew-2 astronauts before they head home in November after six months in orbit. The Crew-3 members will also stay aboard the orbiting outpost for six months, returning to Earth in April 2022.

Marshburn is the only Crew-3 member who has previously traveled to space. He has also flown on the space shuttle and participated in four spacewalks across two ISS missions.

Chari has extensive flying experience with the U.S. Air Force and took part in combat missions in Iraq. Barron graduated from the U.S. Naval Academy with a bachelor’s degree in systems engineering, and is also a qualified submarine warfare officer. Both were selected by NASA in 2017.

Maurer, from Germany, has earned several national awards for outstanding research in the field of materials sciences, and in 2016 spent 16 days underwater, testing exploration strategies and tools for future Mars missions. Earlier this year, Maurer offered a behind-the-scenes look at preparations for life on the ISS, and also revealed a particular skill that astronauts have to learn before going — one that you may not have considered before.

NASA’s schedule planning doesn’t stop with the Crew-3 mission, either, with NASA targeting April 15, 2022, for the launch of SpaceX’s Crew-4 launch to the space station.

As things stand, Crew-4 comprises NASA astronauts Kjell Lindgren and Bob Hines, along with ESA astronaut Samantha Cristoforetti. The remaining crew member has yet to be announced.