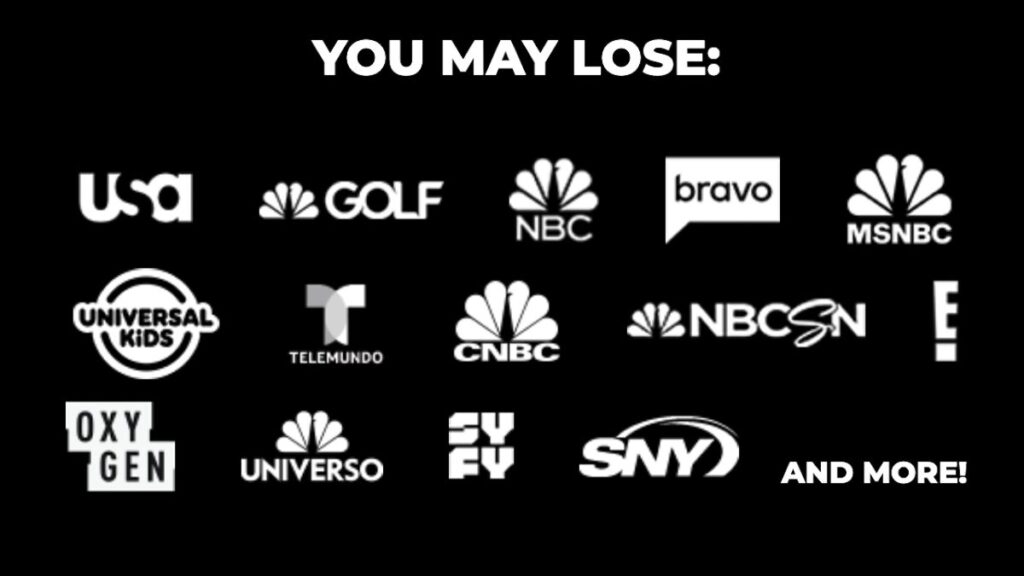 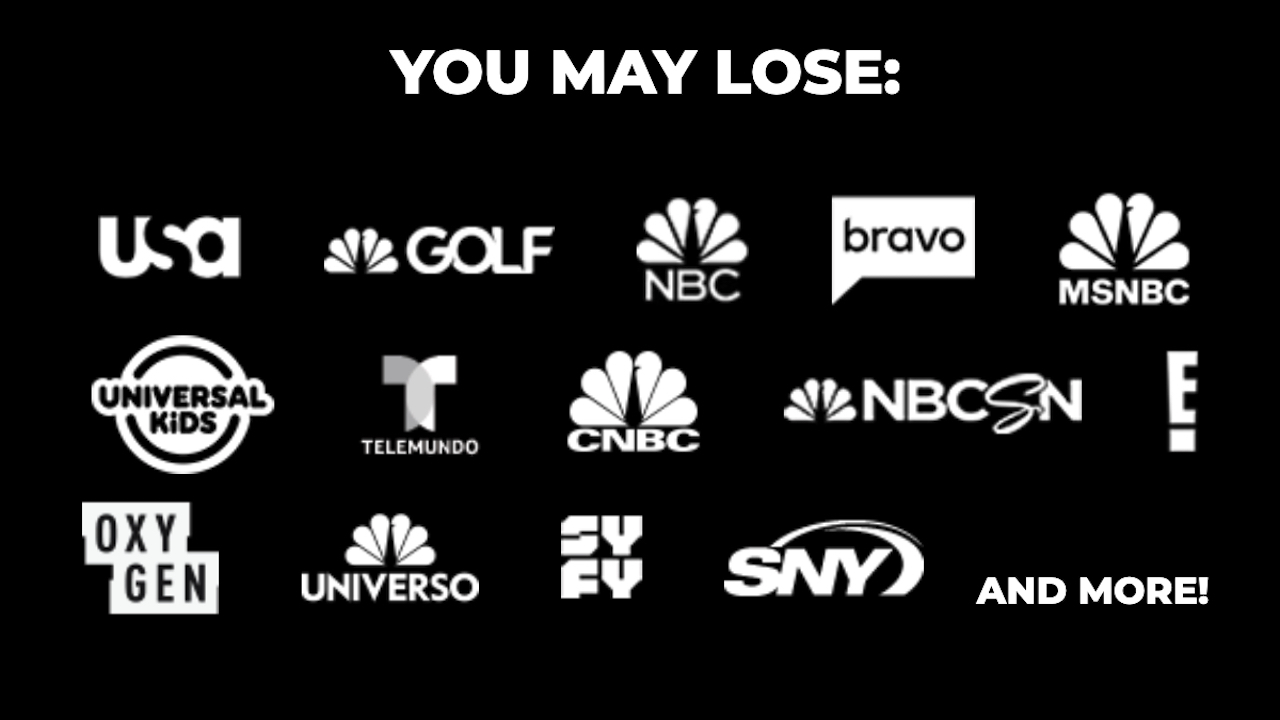 UPDATE 10/01: NBCUniversal did not go dark on YouTube TV at midnight, an NBCU spokesperson confirmed with Protocol. Instead, NBCUniversal and YouTube TV have agreed to a “short extension” while parties continue talks.

Original Story 9/27:NBCUniversal is threatening to pull its channels from YouTube TV if a new contract is not signed by Thursday, Sept. 30. In response, Google promised to decrease its monthly subscription price by $10—from $64.99 to $54.99 if the channels disappear.

More than 14 NBCU channels—including USA, Bravo, MSNBC, Telemundo, CNBC, E!, SYFY, and Oxygen—could be lost later this week, according to a prominent YouTube TV banner, which directs customers to a website offering ways to pressure Google.

“NBCUniversal is seeking fair rates from Google for YouTube TV’s continued carriage of the only portfolio offering entertainment, Hispanic, news, and sports networks,” NBCU said in a statement, published by VarietyVariety.

“Unfortunately, Google is refusing to make a deal at these fair rates and is willing to withhold entertainment, news, and sports programming from their paying customers,” the company continued. “NBCUniversal feels a responsibility to inform our fans that they are at risk of losing their favorite shows if Google continues with their demands.”

“Our ask is that NBCU treats YouTube TV like any other TV provider,” a company blog announcement said. “In other words, for the duration of our agreement, YouTube TV seeks the same rates that services of a similar size get from NBCU so we can continue offering YouTube TV to members at a competitive and fair price.

“NBCU is an important partner for us and as you can imagine, this is not the outcome that we want,” the YouTube team wrote. “We’re still in active conversations with NBCU and are hopeful we can get past this impasse to keep their content available on YouTube TV.”

Google reminded users they’re free to pause or cancel their YouTube TV subscription, or tack on NBC’s own direct-to-consumer streaming service, Peacock, for an additional $4.99 per month.