What PC Hardware Do You Need For 4K Games and Movies? 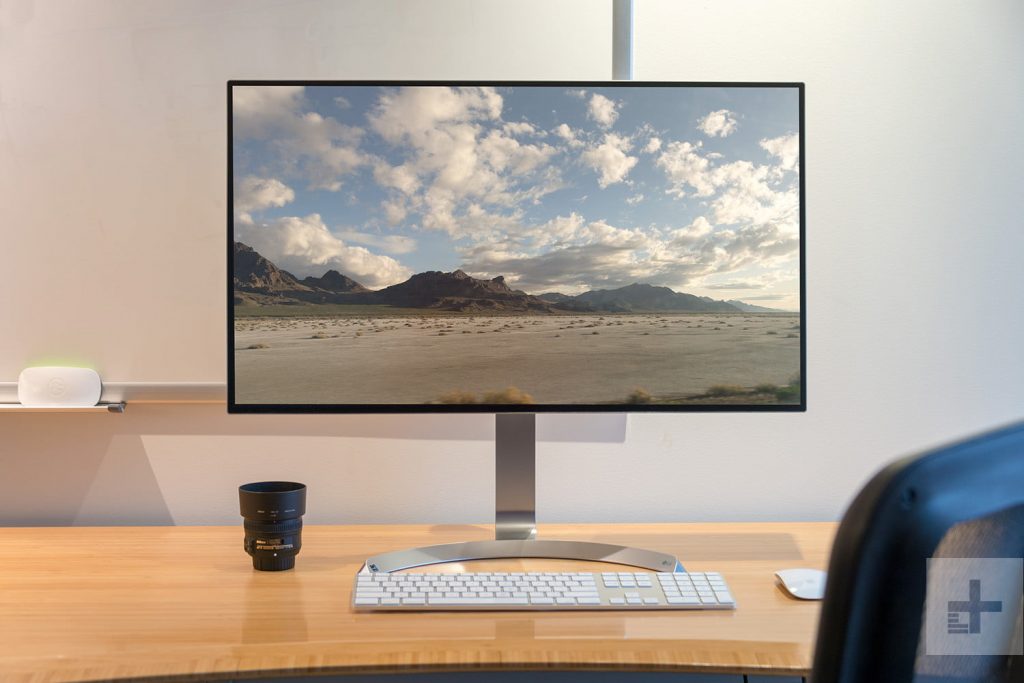 Whether you’re watching movies, playing games, or merely working at 4K resolution, it all looks fantastic. Everything is crisp, tack-sharp, and impossibly clear. Colors are vivid and lush, blacks are as deep as the night sky. But details are not without their cost. If you’re looking to get into 4K PC gaming or movie watching, you’re in for a bit of a journey.

Getting your system up to spec for 4K isn’t as straightforward as it is for 1080p, or even 1440p. Worry not, though: We’ve rounded up everything you need to play 4K games and movies.

A powerful graphics card is a must

Fortunately, there are more 4K-capable cards today than ever before. Unfortunately, you can’t easily buy most of them. Graphics cards are out of stock everywhere, and where you can find them, you’ll have to pay far above the list price. We don’t recommend buying a graphics card right now given the prices, but if you’re lucky or determined, here are our recommendations.

For now, though, the RTX 3080 and 3090 continue to be out of stock nearly everywhere. If you’re willing to give up a little performance — and save a few bucks in the process — Nvidia’s high-end 20-series cards are capable of 4K gaming. Based on our testing, the RTX 2060 Super and 2070 Super can run games like Fortnite and Civilization VI at 4K above 60 fps. More demanding titles, such as the aforementioned Assassin’s Creed Odyssey and Battlefield V, struggle at 4K.

The more expensive RTX 2080 Super and 2080 Ti are both capable of playing those more demanding titles at 4K, though you may not hit 60 fps consistently. The GPU shortage has made these cards hard to find, too. That said, you can usually find them for less than their 30-series counterparts.

If you were hoping to score an AMD card, we have bad news. They’re just as difficult to find as Nvidia ones. The recent RDNA 2 graphics cards are capable of 4K gaming, however, with the RX 6800 XT heading the lineup.

Last-gen AMD cards were headlined by the Radeon RX 5700 and 5700 XT, and they’re both capable of 4K gaming, but don’t do a great job of it in modern AAA games. In our testing, the $400 5700 XT sits comfortably in between Nvidia’s RTX 2060 Super and 2070 Super in terms of performance. Like all other graphics cards right now, though, they’re overpriced.

As for laptops, 4K gaming is still rather difficult. Even the best gaming laptops prioritize lower resolutions and higher frame rates because gaming at 4K is incredibly taxing on desktop hardware, and laptop graphics chips don’t tend to measure up. You’re also unlikely to be able to truly appreciate 4K detail on a sub-20-inch laptop screen anyway.

But if you do plan on powering your 4K monitor with a gaming laptop, you’ll want to buy the most powerful system you can find, something with an Nvidia RTX 3080 mobile, if possible.

Processors and RAM aren’t as important

Gaming PCs typically pack a powerful central processor and high-speed memory, but they take a secondary role behind the graphics card when running a system at 4K. They are the hardware that feeds your monstrous graphics card what it needs to display games and certain applications at 4K resolution, so you’ll want to make sure they aren’t a bottleneck.

When it comes to selecting a CPU to pair up with your graphics card, you’ll want to ensure that it’s fairly recent, though it doesn’t need to be top end. If you’re opting for an Intel CPU, make sure it’s from the last few generations — at least an eighth-gen chip — and from the Core i5, Core i7, or Core i9 range of processors.

If you’re looking at AMD CPUs, don’t go for anything pre-first-generation Ryzen, and preferably opt for the latest Ryzen 3000 series as they offer the best bang for the buck and highest overall performance. That is until Ryzen 5000 CPUs release on November 5. Although we’ll need benchmarks to make a final judgment, it’s clear that upcoming processors like the 5900X will offer substantial performance improvement over Ryzen 3000.

For a look at some specific CPUs we recommend, here are our guides to the best gaming CPUs and the best Intel and AMD CPUs available today. You can also read our AMD vs. Intel argument, which essentially compares their current and future presence in the desktop and laptop markets.

As for RAM, while faster speeds can help boost frame rates (especially on AMD hardware), make sure you have enough for the system you’re running.

You’ll need a 4K monitor if you want to run at 4K, but picking one out today isn’t as simple as it used to be. You could spend over $1,000 on high refresh rates and syncing technologies, or a couple of hundred on a more entry-level offering. What you opt for is going to depend on your budget, as much as its desired features and specifications.

If you’re planning to game on your new 4K display, higher refresh rates are useful, but unless you have very deep pockets, you’re going to struggle to push games over the more common 60 frames per second. All of our favorite 4K monitors are geared more toward image quality than they are faster gameplay.

Size is an important consideration too. If you buy a display that’s too small, you aren’t going to be able to appreciate all of that extra pixel detail. There are also some scaling problems in certain games and professional software. Some allow you to scale the interface up, but that can reduce sharpness, which is half the reason people buy 4K monitors in the first place. The minimum you should opt for when buying a 4K display is 27 inches.

We haven’t touched on 4K movie watching yet, and that’s because it’s not nearly as demanding as 4K gaming. Here, however, the screen makes the difference. HDR support is important if you’re mainly interested in watching movies, and although high refresh rates are preferred, they’re not essential. Also, an IPS panel is usually best for watching movies. IPS panels aren’t as responsive as other panels — which doesn’t really matter for watching movies — but they’re usually color accurate and have wide viewing angles.

With a 4K monitor ready to roll and a powerful graphics card chomping at the bit, all you need to do is connect them to enjoy your beautiful new 4K setup. How you do that can have a drastic effect on your experience.

Most HDMI connections can’t handle 4K. Support for the resolution was only introduced in HDMI 1.4, but even then, only at a maximum of 30 frames per second. To drive a 60Hz 4K monitor, you need HDMI 2.0, and that’s far from adequate if you’re running a high-refresh-rate 4K monitor like the Acer Predator x27.

The trend with all technology is that pricing tends to fall as more and more people adopt newer hardware and vendors compete over the increased demand. While 4K still isn’t cheap quite yet, you can usually get it working for about $1,000. It’s a hefty investment, and even after spending it, the hardware at that price point won’t give you a perfect experience.

Beware of a good deal, as some software can have rendering issues. While you’ll have a sharp resolution, you may lose frame rate quality. Some gamers pass on 4K because a high frame rate is essential in a top-notch gaming experience.

However, 4K can be worth it for the fantastic image quality. But you should expect to pay for the high image quality. Many games and movies will have new forms of realism – even those predating 4K.

4K is a promising technology. Check out the benefits of getting 4K, but make sure it’s worth the money you put into it before making a final decision.