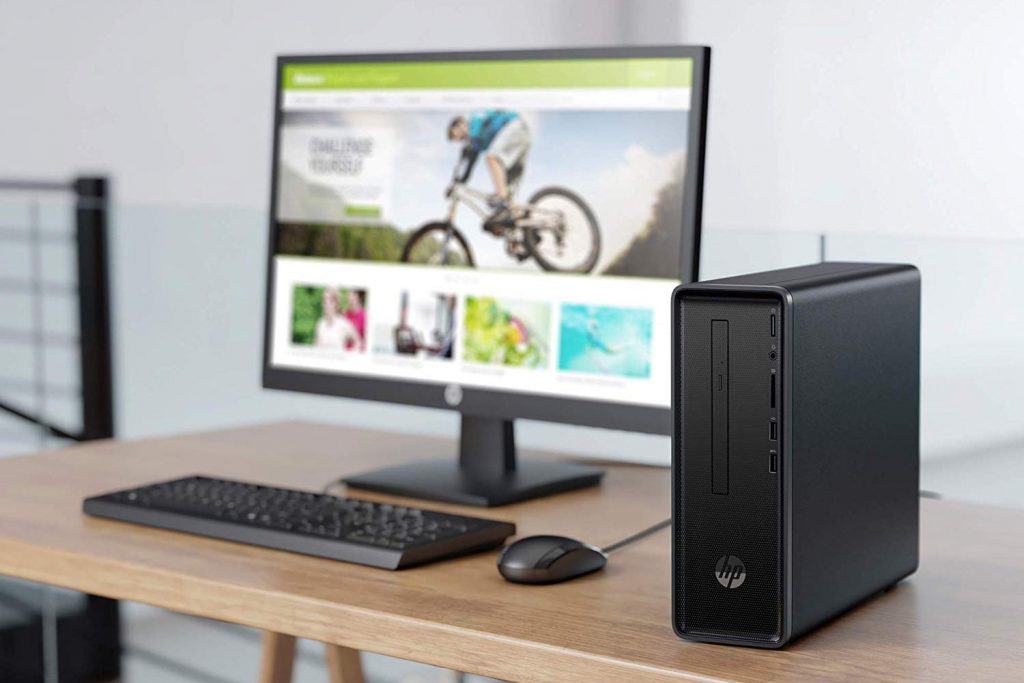 Laptops may be ubiquitous in the age of mobile technology, but for true PC fans, the old-school desktop tower can’t be replaced. Nothing beats a proper desktop PC when you’re sitting down for hours of work or unwinding with some gaming at the end of a long day — from a full-sized keyboard and mouse to a nice large monitor (or even multiple monitors if you want), desktops just offer more utility and comfort than even the best laptops can provide. Many people, especially gamers, opt to build their own PCs, but with the ongoing chip shortage, a better option right now is to buy a pre-built desktop. But if you’re on a budget, worry not: We’ve got your back with this curated selection of the best cheap desktop computer deals available right now, each of which comes in at less than a grand.

If you just need a new work or gaming machine and you’re keeping your options open, though, then check out these laptop deals, MacBook deals, and gaming laptop deals as well.

You don’t have to pay out the nose for a desktop PC that can handle your daily workloads. If you’re looking for a cheap one, this compact HP Slim desktop is your best bet for around 400 bucks: An AMD Ryzen 3 CPU and 8GB of RAM are fairly basic but nonetheless offer enough juice for everyday use, while the 256GB solid-state system drive paired with a 1TB 7,200rpm HDD (faster than the 5,400rpm drives of years past) might be the perfect combo of speed and storage space.

A wired mouse and keyboard are included, as well. A $50 savings means you can score this cheap desktop computer deal for a super affordable $400 at the moment. If you’re willing to pay more for boosted specs, however, then be sure to check out our other picks.

Moving down in size a bit (but not up in price) from standard desktop towers, the BeeLink mini PC is a great cheap desktop computer with a small footprint. It packs a 10th-gen Intel Core i3 CPU, 16GB of RAM, and a quick-loading 512GB SSD. It has both Wi-Fi and Bluetooth connectivity as well. It also comes with two HDMI ports and is capable of 4K video output, allowing you to use it with more than one display if you’re the multi-tasking type. Its VESA mount capability even allows you to attach it directly to the back of a compatible monitor for a totally streamlined setup.

A welcome discount means you can grab this cheap desktop for a highly affordable $457 right now. The only caveat is that you’ll have to buy your peripherals separately (if you don’t have them already).

Desktop computers aren’t exactly known for their small footprints (relative to laptops, anyway), but the pint-sized Mac Mini from Apple can free up some desk space a bit. This one packs Apple’s amazing new M1 CPU plus 8GB of DDR4 RAM — very nice specs for work, browsing, and streaming — and you also get a snappy 256GB SSD for storage. That’s not quite as large as a traditional hard drive, but much faster than those HDDs of yesteryear (and you can upgrade this at extra cost, of course).

What sells the new late 2020 Apple Mac Mini desktop computer is not just its small size, but its value: It’s on sale for $600 (full discount at checkout) right now, making it far and away one of the cheapest brand new MacOS computers you can find at the moment. Just plug in your peripherals and you’re ready to roll.

Along with a PC tower, you typically need a minimum of three peripherals to complete your desktop computer setup: a monitor, a keyboard, and a mouse. These are additional costs, but if you want everything in a single package – and one that won’t take up much space on your desk – then an all-in-one system like this Lenovo IdeaCentre 24-inch AIO desktop is a great option for a super-sleek workstation fit for the 2020s.

This Lenovo all-in-one comes equipped with an AMD Ryzen 5 CPU with Radeon Vega graphics plus 16GB of RAM and a 512GB SSD — all of which sits right inside the 24-inch 1080p monitor housing (that means there’s no PC tower to fuss with). That design, including a mouse and keyboard, can be yours for a great price of just $688 right now. A tower with similar specs would cost you about that much by itself, so this is a great value considering that it has everything you need right out of the box with hardware that will last you for years to come.

While gaming laptops have narrowed the gap in recent years, affordable desktop PCs like this HP Pavilion are still the best way to enjoy some gaming capabilities on a budget. This desktop tower packs a Ryzen 5 CPU, 8GB of RAM, an Nvidia GeForce GTX 1650 Super graphics card, and a 256GB SSD, which is a nice sweet spot in power for a cheap 1080p/60fps PC gaming machine at this price point.

The hardware alone is pretty decent, but to sweeten this cheap desktop deal even further, the computer also comes with a wired keyboard and optical mouse (all you need is a monitor and audio output and it’s ready to rock). This desktop gaming PC is a very solid value at is current price of just $750.

Tip-toeing up to our budget limit brings us to this beefy Skytech gaming tower, which has pretty much everything we want in a desktop at this price. It boasts an AMD Ryzen 5 3600 processor, an Nvidia GeForce GTX 1660 Super GPU with 6GB of VRAM (one of our favorite graphics cards for 1080p gaming), and 16GB of DDR4 RAM, which all work together to deliver good gaming performance for playing the latest titles with a suitable gaming monitor.

On top of that, you’ve got a big 500GB SSD for storage, along with an included keyboard and mouse (although with a PC at this price point, you may want to consider upgrading these at some point to enjoy the best gaming experience). This solid gaming desktop comes to $970, hitting our price limit nicely below the mark.

How to choose a cheap desktop computer

After setting your budget, it’s time to decide what exactly you’re looking for in a good cheap desktop computer. First, is this PC going to be primarily for work and general daily use, primarily for gaming, or a fairly even split between these? This will naturally determine what sort of specs you’re looking at — such as, for instance, whether you need a discrete graphics card or not — but the good news is that in the sub-$1,000 category, you can find many good desktop PCs packing solid up-to-date hardware that won’t be outdated within two years.

Another important consideration is peripherals. What monitor (or monitors) is your desktop computer going to be connected to? Do you already have a mouse and keyboard; if not, do you want a desktop PC that comes with these included, or do you plan to buy nicer ones separately? Bear in mind that while many desktop towers come with accessories, you’ll still need to decide how much you’re budgeting for things like a monitor, a keyboard, a mouse, mouse pad, speakers, and other peripherals you might need.

The bottom line is this: Don’t merely look at the price and basic hardware specs when shopping for a cheap desktop computer. Set your budget, know exactly what features you want (write this down if you need to) and then work from there.

When shopping for any sort of cheap computer, be it a laptop or desktop PC, the biggest risk you’ll face is ending up with something that is running on outdated hardware (or hardware that will be outdated very soon). This is what happens when you consider only the price and don’t familiarize yourself with the current state of computer hardware. Thankfully, there’s not too much to remember.

First, when looking at CPUs, it’s best to stick with ninth- and 10th-generation Intel Core processors and AMD Ryzen (also known as “Zen”) processors, as these are more recent and will keep your system – even a relatively basic one – reasonably “future-proof.” We also suggest a minimum of 8GB of RAM unless you’re sailing into sub-$300 waters and 16GB is even more strongly recommended for something like a gaming desktop. Finally, solid-state drives (now common even on cheap computers) are generally preferable to traditional hard drives. These SSDs are generally more reliable and considerably faster than old-school HDDs, although they offer less storage space per dollar.

Any PC packing an up-to-date CPU, GPU, and SSD (or at least a 7,200rpm HDD) should be good to go for gaming, and there are plenty of good cheap desktop computers that fit this bill nicely. Along with the processors we mentioned, modern graphics card generations include Nvidia’s 16- and 20-series cards, although you’ll be sticking with the GTX 16-series GPUs in the sub-$1,000 price bracket. These replaced Nvidia’s 10-series cards as entry- and mid-level GPUs, and while there are still PCs with those older cards floating around, we don’t recommend them in 2020.

AMD’s Radeon family of budget- and mid-tier graphics card includes the RX 500 series, with GPUs like the RX 570, 580, and 590 offering good performance capabilities for 1080p gaming. You’re not likely to achieve 4K or even 1440p gaming with most cheap desktop computers, but that is a sacrifice you make for keeping costs down. Also, remember that an SSD will load games (and everything else) noticeably faster than an HDD.