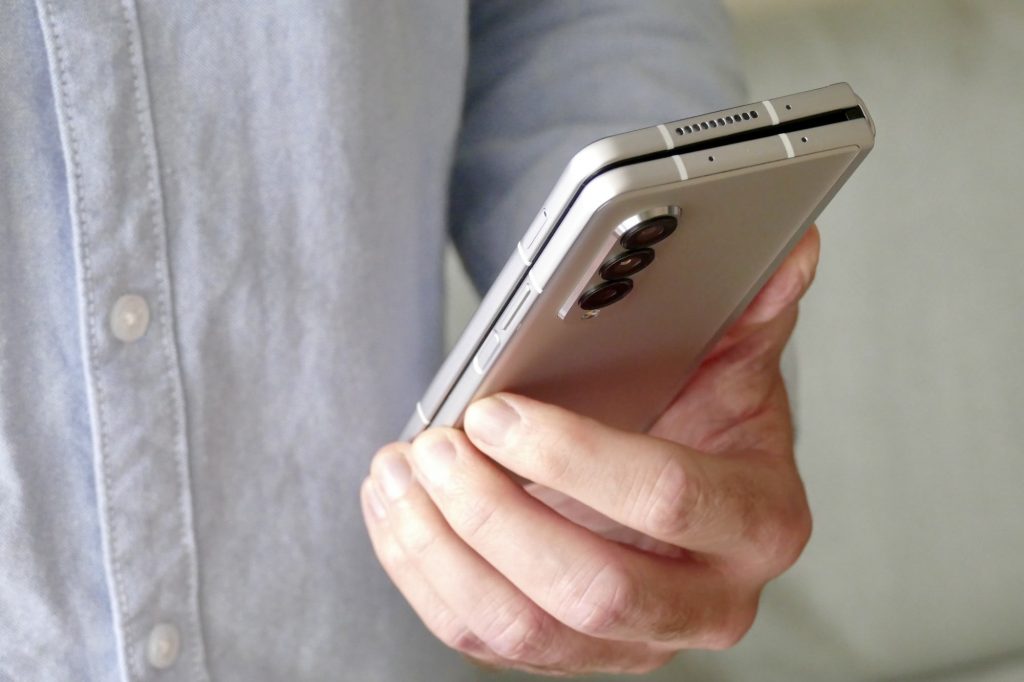 “When we first said we should fold our phones, everyone laughed. The next time, when we said they should be water resistant, we were told it wasn’t possible,” Byengseok Choi, senior professional in Samsung’s Product Planning Group, said with a laugh.

As the Galaxy Z Fold 3 and Galaxy Z Flip 3 have since demonstrated, Choi’s critics were wrong. But getting there wasn’t easy. Digital Trends sat down with Choi, and two other members of the team responsible for toughening up Samsung’s folding smartphones, to find out how they did it.

The team had to develop new materials, new processes, and even new testing equipment to beef up the new folding smartphones. But they also drew some inspiration from very familiar places. This is what it looked like behind the scenes.

“Our job is making the impossible possible, which I believe is what we usually call innovation,” said Choi, who has been involved in the company’s foldable project since its very beginning in 2005, long before we started to hear about it.

When Samsung set about developing folding phones, a survey of consumers found, perhaps unsurprisingly, that durability was a top request. Despite the challenge involved and the initial reaction to the project, Choi’s team went all-out to make it possible.

“We made a lot of effort to achieve this,” he said. “To be specific, our focus was mainly on the exterior, the display, and adding water resistance. The feature most expected was water resistance, but a foldable has two parts connected by a hinge and wiring. Because of this structure, enabling water resistance is all the more complicated.”

Resistance is not futile

Waterproofing a phone is easy: Seal it up. Waterproofing a folding phone is not: You need to essentially waterproof two phones, plus the complex tangle of moving parts that connects them. Hee-Cheul Moon, principal engineer at Samsung’s Advanced Mechanical R&D Group, broke the problem into pieces, with different solutions for each.

“There are three major concepts behind making the whole device waterproof,” explains Moon. “We made the display waterproof, the device’s body parts waterproof, and the hinge water resistant, then combined them together using new materials we developed that make the connections and gaps water resistant. It is basically sealing technology, and to achieve this we use different approaches: Taping, bonding, and the accumulation of layers.”

Layering was used to waterproof the screen. “Even if there is a small ingress of water, the layers still protect the device,” Moon said, “Think of how the Earth consists of multiple layers — when we have rain, it soaks through the ground, but not all in one go. If you understand this concept, you now have a basic understanding of how the technology works. We surround each layer with bonding materials, so each one is sealed.”

The second stage was to make the hinge water resistant, which at first sounds even more problematic than sealing the screen.

“It’s actually simpler than you think,” Moon said with a smile. “We ride bicycles in the rain, and they consist of mainly two wheels and a chain, which are all moveable parts. What we used [on the Z Fold 3 and Z Flip 3’s hinge] is a specially developed lubricant that would secure the foldable’s water resistance until the end of its life.”

But what about the wiring that connects the two parts together? The lubricant may work on the hinge itself, but behind it, water could easily enter the rest of the device through gaps used for the electrical connections. Samsung first replaced physical wiring with a flexible printed circuit board, and then developed a special bonding material similar to silicone, which seals the gaps between the FPCB and the chassis. The result? The team achieved an IPX8 rating for both folding smartphones, meaning each will withstand about 30 minutes in fresh water at a depth of about five feet.

What about adding dust resistance?

“When we first released the Galaxy Fold, we went through a tough time with foreign substances entering it,” Moon recalled, referencing the delays the first device faced in 2019. “We started from there, and asked, ‘How do we stop this?’ We settled on sweeper technology.”

This breakthrough came from another type of product Samsung makes. “We tried 99 different directions and approaches to achieve our goal, and the hint we got was from the vacuum cleaner. The bristles on the sweeper would protect the hinge gap, and after some tries, it was shown the concept was effective. But the bristles had to be much smaller [than those used on a vacuum cleaner], so we had to develop that technology, new materials, come up with the optimal structure, and make the overall production work, too.”

We tried 99 different directions and approaches to achieve our goal, and the hint we got was from the vacuum cleaner.

Despite these advances, the X in the IPX8 rating indicates neither the Z Fold 3 nor Z Flip 3 are dust resistant, unlike phones with an IP68 rating. Why not? “Simply put, as of now, to be realistic, it’s not possible,” Moon said.  However, he conceded, “Consumers are right to ask for it, and we are constantly enhancing the sweeper technology to achieve that goal.”

With the insides of the new folding smartphones protected, what about the exterior? Samsung introduced Armor Aluminum on the new Z Fold 3 and Z Flip 3, which is used for the frame and the cover over the hinge. Sung-Ho Cho, principal engineer in Samsung’s Advanced Color, Materials, Design (CMF) Lab, has years of experience working with CMF on Galaxy devices at Samsung. He joined the team in 2006 and subsequently worked on the Galaxy Tab, Galaxy A, Galaxy Note, and now the new folding hardware. Durability and aesthetics, he explains, don’t always go together.

“Creating a strong material is the easy part, but the result may not work for all involved, making development a difficult balancing act,” Cho said. “You can make a new material as strong as you want, but there is always a trade-off. Finding the balance between strength and design, from a CMF perspective, is the toughest part. For example, if we want to make the material stronger, we may not get the color we want.”

Samsung spent nearly two years developing Armor Aluminum. Cho said the most effective way of assessing toughness between different materials is to hit them together. He showed me a comparison between Armor Aluminum and other metals, always with Armor Aluminum suffering the smaller dent, suggesting Samsung found the balance it was looking for.

The outside of the Z Fold 3 and Z Flip 3 is more durable and the insides won’t be ruined by water, but what about the final aspect, the screen? Cho said the team worked on two primary areas to make the display stronger. The first was experimenting with different panel layers to find the structure that provided the most shock resistance, and the second was the protective film that goes over the top.

“A new material was developed for the film which stretches better so it doesn’t hurt the display, and doesn’t affect the experience when folding and unfolding,” Cho said. “As a result, we have achieved a more than 80% increase in panel durability: It’s more resistant to dents and distortion, more transparent, and attracts fewer fingerprints on the screen.”

When you use the Galaxy Z Fold 3 and Z Flip 3, it’s surprising how glasslike the screen protector feels, especially compared to the original Galaxy Fold.

“The film is the same material as the one on our bar-type phones,” Cho revealed, “so it naturally feels the same when you touch it. But we had to enhance the stretching properties so it’s more fit for foldable phones.”

How do you ensure all these wonder materials work in the real world? Samsung couldn’t simply rely on existing tests.

“We had to completely develop new testing equipment and processes,” Choi said. “For a foldable, special equipment is needed to test the overall durability, not just for drops, but also for the folding actions. Just for the new drop tests, we had to develop three different types of machine to run them, and the water-resistance test is also completely different for foldables. Because [folding smartphones are] a new category, we had to develop them all from scratch; all the tests, processes, and equipment.”

Teamwork, and the future

Samsung leads the way in folding smartphones at the moment, but it wasn’t an easy to take the lead: There were no hard-and-fast rules to follow, very few tried-and-tested methods or processes, and not even always the right material for the job on hand. It’s fascinating to understand a little of what goes into making these cutting-edge devices possible and better than the ones that came before.

“What we are most proud of is three parts of our production had to work together to make all this possible,” said Moon. “First you start with an idea, second you need to combine them together with the right architecture and design, and third you need a systematic, structured production facility and processes to enable consistent mass production of the device.”

Some may think that this is really only possible due to Samsung’s size and manufacturing power, but while it’s certainly going to play a part, Moon knows there’s something more.

“It’s not something related to size. It’s our team,” he said proudly. “We pulled together a fantastic team and actually realized this,” he said about the challenge to produce durable folding smartphones. “Because we got this far, I believe we can be even more innovative in the next versions of our foldable products.”