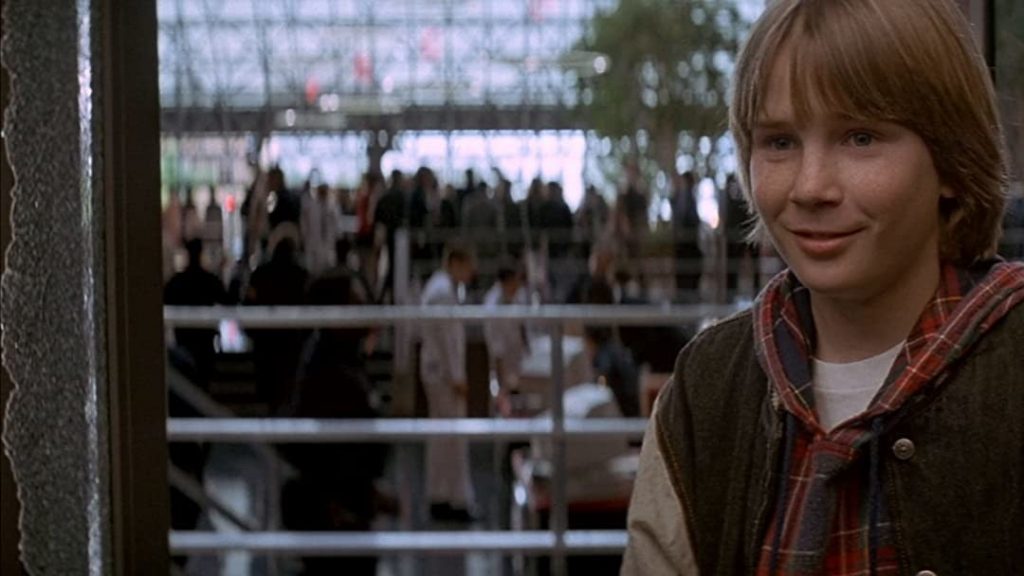 Family movie night is great, except for the whole trying to figure out what to watch for family movie night thing. You start with the DVDs, realize you don’t want to watch any of them for the third time, then head to the streaming apps. And you scroll, and you scroll, and you scroll until the evening is ruined. If you’ve subscribed to Amazon Prime, we’ve done the hard work for you. Prime Video doesn’t have a huge collection of family-friendly films, but they do have a few noteworthy titles. We’ve gone through the bunch to gather the best family movies on Amazon Prime this month.

Comedian Arnold Schwarzenegger? You bet. This ridiculous family comedy stars the Arnold as a character in a movie … in a movie. Danny Madigan (Austin O’Brien) finds comfort after his father’s death by watching action movies about indestructible LA cop Jack Slater (Schwarzenegger). When he’s given a magic movie ticket by a theater manager, Danny is sucked into the screen, quickly becoming Slater’s sidekick. Unfortunately, there’s an evil villain afoot who wants to get the ticket and enter the real world.

Give the family a taste of the classics! The Bad News Bears is one of the greatest baseball movies ever made and full of fun for the entire family. Morris Buttermaker (Walter Matthau) never made it to the minor leagues, and now he’s down on his luck, drunk, and angry. That’s the perfect recipe to coach a Little League team according to councilman Bob Whitewood (Ben Piazza), who wants to punish the league for excluding his not-so-talented son from playing. Buttermaker accepts the job but soon realizes he and his team are fully intended to be the laughingstock of the league. However, the traditional league overlooked star pitcher Amanda Whurlitzer (Tatum O’Neal) due to her gender. Now, Buttermaker will lean on Amanda to lead the rest of the misfits to glory.

This is far from your grandfather’s Pinocchio – the PG-13 remake is beautiful, dramatic, and thoroughly enchanting for older kids and parents who are looking for a movie that the whole family can sit down and enjoy. The classic and familiar beats are here, from the wooden boy trying to become real and a growing nose, but there’s also a lot of new story elements to appreciate (some derived from the original 1883 book and excellent performances. Fun fact: Most of the special effects are made with prosthetic make-up instead of CGI!

An original movie from Amazon, The Map of Tiny Perfect Things is a young adult comedy reminiscent of Netflix’s Russian Doll show — but much more friendly for teens and tweens. Mark (Kyle Allen) is coming to terms with his life living the same day over and over again, when he finds another teen, Margaret (Kathryn Newton) who is experiencing the same event. Love, humor, and mystery all ensue, creating a highly watched teen time-loop romp that’s a great pick if no one knows what to watch.

No, not that Cats!  This Cats is, thankfully, a fully animated fun time about a family of cats living in a high-rise apartment. Blanket, the father of the house, must overcome his fear and distrust of all things outdoors to help rescue his son, Cape. The ensuing adventures are perfect for families with a wide variety of age groups, and the search for the legendary cat town of “Peachtopia” spans a variety of quirky characters and quests.

In Storm Boy, Geoffrey Rush stars as Michael Kingley, a retired businessman that begins experiencing fleeting visions of his past. As the film unfolds, we learn that in his youth, Michael spent his days on a largely uninhabited part of the Southern Australian coastline. It was here that he rescued and formed a close bond with an extraordinary pelican he deemed Mr. Percival. A rather faithful adaptation of a novella by Colin Thiele and the second film adaptation of the source material, Storm Boy is a loving and heartwarming film that’ll charm the whole family.

In rural Georgia in 1977, a misfit little girl (McKenna Grace) dreams of one day going to outer space. So when a national competition offers her a chance to be recorded on NASA’s Golden Record, she jumps at the chance. The only problem is that she has to be a part of the Birdie Scouts to compete. In a rush to enter the competition, she assembles a ragtag crew of misfits like her, only to unwittingly forge friendships that will last a lifetime.

Benji is a stray dog that doesn’t need an owner. He likes to roam freely in his friendly Texas town where people give him treats and he can hector the local cat as much as he wants. But when two children that Benji loves are kidnapped and held for ransom, Benji takes it upon himself to save the day. Who needs Lassie when Benji is around?

Adapted from the 1965 novel Belle et Sébastien by Cécile Aubry, our story follows Sebastian (Félix Bosseut), an orphan boy living with an adoptive grandfather and his niece in the German-occupied French Alps in 1943. With dreams of reuniting with his mother, who he believes is just beyond the mighty mountain range, Sebastian spends his days in the shadows of the vistas. Returning home from one such excursion, he encounters a towering stray dog who he names Belle. The two take to each other right away, but just as trouble strikes. A Nazi patrol strolls into Sebastian’s villa, with intentions of cutting off the local French Resistance that has been transporting Jews into Switzerland. Nicolas Vanier’s film weaves a beautiful tale of companionship, humanity, and authentic depiction of a hardship-laced era.

Alain Gsponer’s Heidi is the most recent adaptation of Johanna Spyri’s 1881 Swiss novel about an orphaned girl named Heidi that spends her days roaming the valleys of the Swiss Alps with her grandfather. The child’s way of life is totally uprooted when she’s forced into the care of a bourgeoisie Frankfurt family, where she pines for her days of carefree country living. This is perhaps the closest to the original text as an adaptation has ever neared, with Anuk Steffen delivering an earnest and emotional portrayal of the titular character. Rounding out the talented cast are a host of other great German actors, including the late Bruno Ganz and Anna Schinz. If you and the little ones are OK with subtitles, this is an incredible foreign language entry for the entire family.

Ben Crandall (Ethan Hawke), a San Francisco youth, keeps having dreams about flying through the sky on some kind of manufactured spacecraft that resembles a circuit board. Ben eventually reports his dream-visions to wunderkind school-friend Wolfgang (River Phoenix). With the help of a third friend, Darren (Jason Presson), the three boys actually construct the circuit board, using the device to create an electromagnetic field around an old Tilt-a-Whirl car that they’ve fashioned for their flight vehicle. Explorers is a fun film that was quickly relegated to cult status upon its release. According to director Joe Dante, the production was infamously rushed by studio executives and released only a week after Back to the Future, the year’s mega box-office hit.