The Matrix, Speed Racer, and more 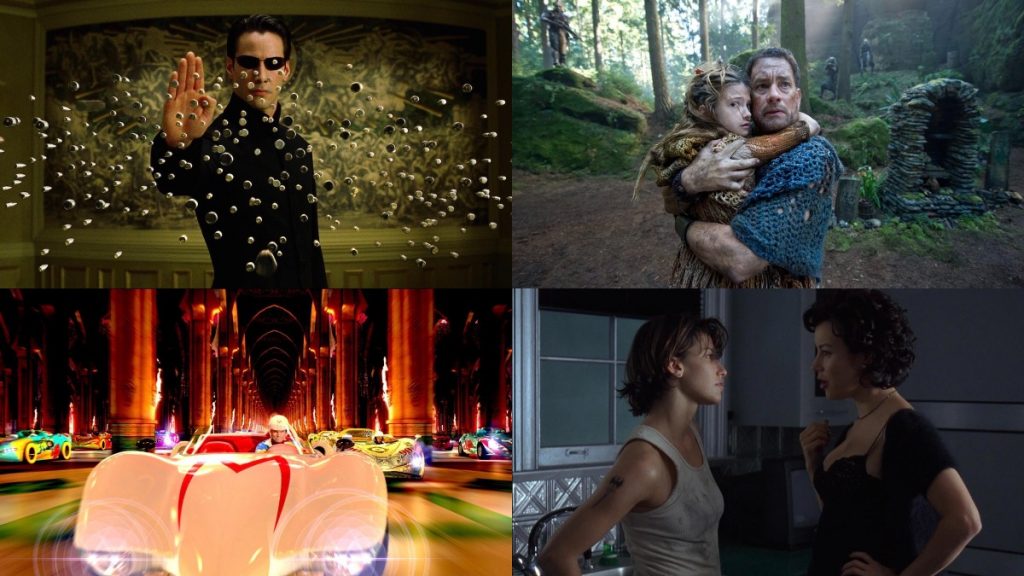 Filmmaking sister duo Lana and Lilly Wachowski will likely forever be remembered (and beloved) for their culture-defining 1999 cyperpunk classic The Matrix. And they should be, certainly. But their entire body of work, without exception, is fascinating and full of absolute gems. With a new Matrix film heading to theaters and HBO Max later this year (sans Lilly), it’s a great time to revisit their work. So what are the best Wachowski movies? How do they compare with The Matrix? How do they rank against each other?

From box-office bombs to high-octane anime adaptations, science fiction epics to powerful allegories for transgender identities, the Wachowskis sisters’ films are all over the map while still sticking to several important throughlines. Their films question authority, challenge capitalism, interrogate human identity, and can be read through a queer lens — with their work frequently challenges biological determinism, and characters choosing their fates in opposition to prescriptive systems of power.

Below is our ranking of all eight films directed by the Wachowskis, and where to watch them. Let us know in the comments what your favorite Wachowski films are.

Even among fans of The Matrix sequels, Revolutions tends to rank pretty low. Despite efforts to redeem the sequels, The Matrix Revolutions has some pretty major flaws. Following the huge success of the original film, and the heady themes of its first sequel, Revolutions had a lot to live up to. It’s not bad, by any means, but it does fail to deliver on some big promises.

As Neo and the human resistance take their final stand against the machines, we get some long-awaited answers and some characteristically cool action scenes, but it feels a bit like a special effects showcase, with the big ideas of the first two films taking a back seat to the action. Part of what’s so exciting about the upcoming The Matrix Resurrections is the promise of revisiting those ideas and giving them a stronger finale.

Some great movies aren’t even all that good. Stay with me here. Cloud Atlas takes some huge chances. It doesn’t always stick the landing, but it’s ambitious in a way that feels commendable and entirely in keeping with how creatively daring the Wachowskis have been throughout their careers.

Based on the novel by David Mitchell and co-directed with Tom Tykwer, Cloud Atlas explores the reincarnation of several characters over time and across the globe. Told almost like an anthology film, it jumps back and forth through timelines between 1849 and 2321. Actors take on multiple incarnations of their roles, sometimes via dubious race-bending practices. The massive scale, spiritual message, epic themes, and science-fiction tropes make the film feel truly one of a kind. Critics were unsurprisingly polarized by the film, which inspired fierce debate and disagreement generally. Our most vital pieces of art are rarely universally beloved from the jump though, and Cloud Atlas, for all its faults, commands attention and is certainly worth seeing and talking about.

The first sequel to 1999’s The Matrix goes a long way to expanding the fictional universe of the first film. The Wachowskis go all out here. And they allow us to dive deeper into their world and understand better what Neo is up against.

If it gets a little over-invested in its own mythology and allusions, The Matrix Reloaded also offers us a fascinating look at the inner workings of the human resistance against the machines. Zion is presented as not just the home base for the revolution, but also the last bastion of human experience. We see people just trying to survive. But we also see them fight and argue, fall in love, party, have sex, and stand up for their beliefs. All of this is set against larger-than-life characters and locales within the Matrix itself. The Matrix Reloaded is a terrific sequel.

Speed Racer had trouble competing with Iron Man when it hit theatres in 2008. That’s unfortunate, because it could have led the charge in inspiring some fresh, bold, new blockbusters. The adaptation of the popular anime series is visually stunning, exaggerating every element onscreen to create a gorgeous and unique experience. It’s also full of the themes and influences that made The Matrix an undeniable classic years earlier.

See also: Why Speed Racer was an underrated classic

Speed Racer follows the Racer family’s middle child, Speed who races to honor his family. When he’s invited to join a shady racing conglomerate, Speed has to choose between fame and fortune or racing with integrity and his family behind him. It’s a delightful David and Goliath story, told with a no-holds-barred attitude that’s increasingly rare on the big screen.

Does it make sense to include a two-hour season finale in this list of movies? Is it a problem that Lana Wachowski directed it without Lilly? (The two did create and direct the two seasons leading up to it.) Let’s just go with it and embrace Sense8’s spirit of exploring the murky spaces between categories. If eight people can share a consciousness while maintaining their own independent identities too, why can’t a TV episode also be a movie?

Check out: The best streaming originals

And what an episode — or movie! Netflix original series Sense8 was canceled far too soon. But in its brief two seasons, it offered us a rich portrait of eight strangers stretched across the globe, learning to work together as one to fight off the oppressive forces after them. The series cancellation was met with fan outcry. From there, the streamer greenlit an extended finale to allow the Wachowskis to wrap things up. Blending a punk attitude of rebellion, shadowy forces operating without accountability, overt queerness, eye-popping action, and a bold and ambitious scale (too pricey for Netflix’s blood), Sense8 is a beautiful example of everything the Wachowskis do best.

Jupiter Ascending may well be the film that pushed the Wachowskis off the map. It was probably their worst-reviewed film, and their Rotten Tomatoes audience score isn’t much better. It didn’t help that it followed critical duds Speed Racer and Cloud Atlas either.

But it’s a ton of fun! When a maid named Jupiter Jones learns she’s the heir to an intergalactic throne, she follows a genetically engineered soldier tasked with protecting her. Soon, she has to find a way to claim her power and stop those who would usurp her throne. Her (sort of) children want to harvest Earth’s population to produce a youth serum, and she’s all that stands in their way. Jupiter Ascending explores many familiar Wachowski themes, like the exploitation of lower classes by those in power. It also plays its more absurd elements completely straight. Jupiter Ascending never undercuts itself with snark and irony. Instead, it leans into its own brilliant wild sides unreservedly.

Released just three years before The Matrix, the Wachowskis’ first feature sees a woman married to a mafia money launderer falling for and conspiring with her mysterious new neighbor to rip off her husband. Needless to say, things don’t go entirely to plan. With a wickedly dark tone, sharp, old-timey dialogue, top-tier performances, and a sexy, suspenseful plot, Bound has developed a well-earned cult following. Bound is also beautifully blunt — one perfectly executed visual metaphor sees our money laundering husband literally cleaning blood out of money, ironing and drying bills on a clothesline. It nearly clinched the top spot among the best Wachowski films too.

More than 20 years ago, The Wachowskis rocked the world with their cyberpunk masterpiece The Matrix. The story of a man ripped out of “reality” and shown the truth — that we are all slaves to an army of machines keeping us complacent in a computer program — transformed not just Hollywood, but culture itself. Its revolutionary special effects were used (and parodied) in countless later films, while its themes and aesthetics were omnipresent.

The film’s core message has been adopted by a rather wide cross-section of viewers. That includes misogynist “men’s rights activists” and conspiracy theorists. A more meaningful reading has come from viewers who recognize a trans allegory in Neo’s journey to escape a false reality imposed on him. Lilly Wachowski has confirmed that this was actually the film’s original intention and that “the corporate world wasn’t ready for it.”

It may be an easy choice, but it’s hard to deny that The Matrix is the very best Wachowski film.

Which of these do you think is the best Wachowski film? Let us know in the comments.