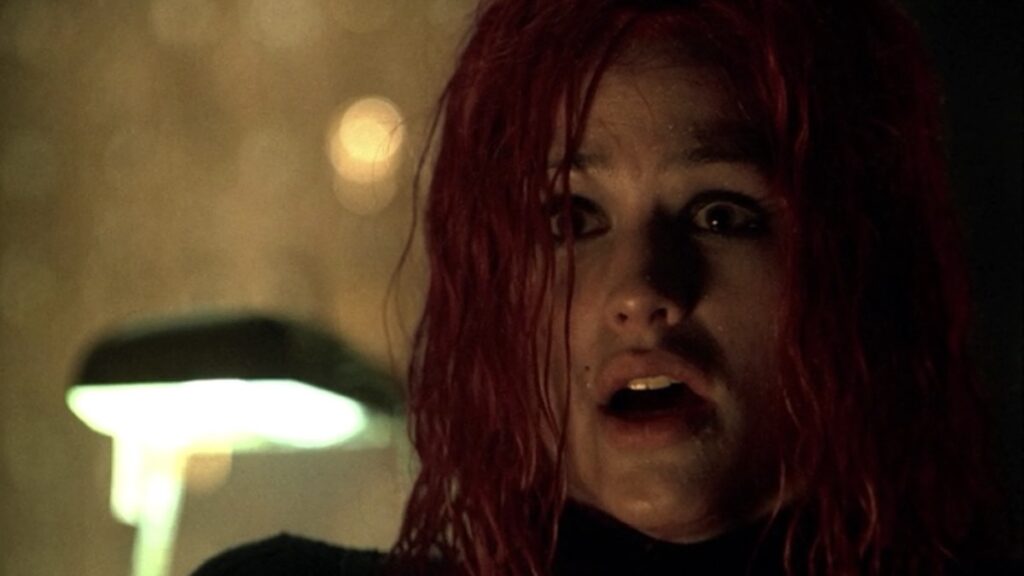 This week marks 20 years since Jennifer Garner (and her bright red wig) graced our screens for the first time in ABC’s Alias. In addition to being must-see appointment viewing, the spy show launched some major careers. And it took full advantage of the emerging desire to binge series with complex, ongoing storylines. To celebrate this unique show, you can catch up with Alias on Amazon Prime Video or stream it on Disney Plus’ Star service in some regions outside the US.

Here are a few reasons why you should go back and watch it!

Amazon Prime Video offers access to thousands of movies and TV shows to stream. That includes great original shows and movies like The Boys and The Tomorrow War. You can also sign up for other premium services within Amazon Prime Video.

In Alias, Sydney Bristow (Jennifer Garner) is a double agent. For years, she thought she was working for a covert branch of the CIA. Upon learning that her employer SD-6 is the very enemy she thought she was fighting, she joins the real CIA. The series blends espionage and science fiction, with Sydney frequently sent on assignments involving a mysterious 15th-century philosopher and prophet named Milo Rambaldi, whose inventions can be used in cutting-edge technology in the present day.

The series had elements of The Man From U.N.C.L.E. and Mission: Impossible, while very much doing its own thing. Sydney’s over-the-top disguises became a trademark of the show. But the outrageous twists and turns of the show were truly what made it a standout.

Premiering right after 9/11 and airing amid the developing War on Terror, Alias had to walk a fine line. It had the impossible task of existing in the moment, addressing American imperialism and anti-American terrorism, and avoiding jingoistic patriotism. It pulled it off somehow, depicting hard-working civil servants who wanted a better America amid a complex web of corrupt power brokers. The CIA was rotten to its core and just barely held in check by a cunning few.

It was messy, and it didn’t always work, but it was constantly taking huge risks that were incredible to watch every Sunday night.

Felicity but make it espionage

Interspersed in all the spy games and intrigue, Alias also presented a human story about a grad student with all the relatable problems of a twenty-something woman living her life in the early aughts. Just as important as Milo Rambaldi, SD-6, the CIA, and Sydney’s spy family were the moments when she was at home, supporting her friends and attempting some kind of normal work-life balance.

The idea for Alias was actually born out of trying to keep Felicity fresh and engaging.

It felt like a natural extension of J.J. Abrams’s previous ABC show Felicity, about a young woman moving to New York to go to college and find herself. Alias, at least in its early seasons, was Felicity but with spies. And there’s a good reason for that — it’s exactly how Abrams came up with the idea. As the writer’s room tried to keep the show fresh, Abrams had an idea. “What if all along she’s been a secret agent? She’s been in the CIA,” Felicity co-creator Matt Reeves told IndieWire in 2018.

That balance was one of the show’s greatest assets, making Sydney into a well-rounded character while also raising the stakes of her secret identity. How do you hide that you’re a spy when you have a roommate and friends who are always around and have known you for years?

In addition to stretching out over different genres, Alias was never afraid to throw out the rulebook.

TV has, over the years, upped the ante on twists. Game of Thrones killing main characters at the drop of a hat became almost cliché. You have to stay on guard and never assume anything with a lot of genre television.

Check out: The best movies on Amazon Prime

Alias didn’t invent cliffhangers and shocking twists by any means, but it certainly stood out with its use of both. Seasons ended with massive revelations, making the wait for next season (this was pre-streaming) almost unbearable. The second season finale remains one of the best cliffhangers in television history. If you haven’t seen it, I certainly won’t spoil it here, but suffice it to say, it was about as game-changing as any finale this side of The Good Place.

And the show didn’t always wait for a season finale to throw a stick in its own spokes. A midseason episode in season two, “Phase One,” basically upends the entire premise of the show, giving Sydney a whole new purpose, with new bad guys and everything. And it gave itself several more such resets as the years went on. What is becoming a normal part of prestige TV was pretty radical once.

Binging before binging was cool

Alias’s twists and turns, not to mention the sheer complexity of its ongoing storylines, were also noteworthy. Alias definitely tested the limits of what new viewers might be able to wrap their minds around with just a brief “previously on” segment.

A recap episode in season one saw Sydney being investigated by the NSA. In it, her interrogators walk her through what she does at the CIA and SD-6. We revisit bits and pieces of the series we’ve seen so far, organized to give someone just tuning in the chance to get caught up. Abrams would perfect this strategy with his next show, Lost, with narrated clip episodes to fill people in on what was happening.

Check out: The best original series on Amazon Prime Video

DVD boxed sets were still a relatively new phenomenon at the time (Alias ran from 2001 to 2006), though they undoubtedly also helped viewers catch up between seasons.

Netflix shows like Stranger Things, The Witcher, Lupin, and Bridgerton have been huge binging successes on Netflix. Other shows like Breaking Bad, Hannibal, The Sopranos, and more have found second lives on streaming sites. Viewers can race through as fast as they want now in a way that was more limited back then.

Alias arrived at a weird time. I remain convinced it could have broken the internet as a streaming show, available all at once. Then again, it had time to slowly build over long season on TV. And it likely helped pave the way for how TV is produced now. And at any rate, you can binge it whenever you like on streaming services.

Huge names in front of and behind the camera

Twenty years on, the creative voices behind Alias have gone on to work on huge projects.

Producer and director Ken Olin has been one of the major forces behind NBC’s hit drama This Is Us. Writer, director, and producer Alex Kurtzman has been the main force behind the new generation of Star Trek series: Discovery, Picard, and Strange New Worlds. Producer and writer Drew Goddard later directed Cloverfield and Cabin in the Woods, and spearheaded the Netflix MCU series Daredevil. Writer and producer Monica Owusu-Breen worked on Fringe and Agents of S.H.I.E.L.D. and was tapped as showrunner for an upcoming Buffy the Vampire Slayer reboot. Meanwhile, writer and producer Roberto Orci has worked on various big-ticket projects with Abrams, Michale Bay, and Jon Favreau, among others.

The creative voices behind Alias have gone on to work on huge projects.

In front of the camera, Bradley Cooper played Will Tippin, Sydney’s journalist best friend who harbors an unrequited love for the super spy. That was before he became an A-list, eight-time Oscar-nominated actor and director.

There are plenty of reasons to check out Alias on Amazon Prime Video. These are just a few.

Twenty years after its premiere, it still feels fresh as ever. And you can see its fingerprints all over the streaming landscape that followed.

So, give it a try! You won’t be disappointed.