Verizon Promises Spatial Audio for Android, We Tried It Out 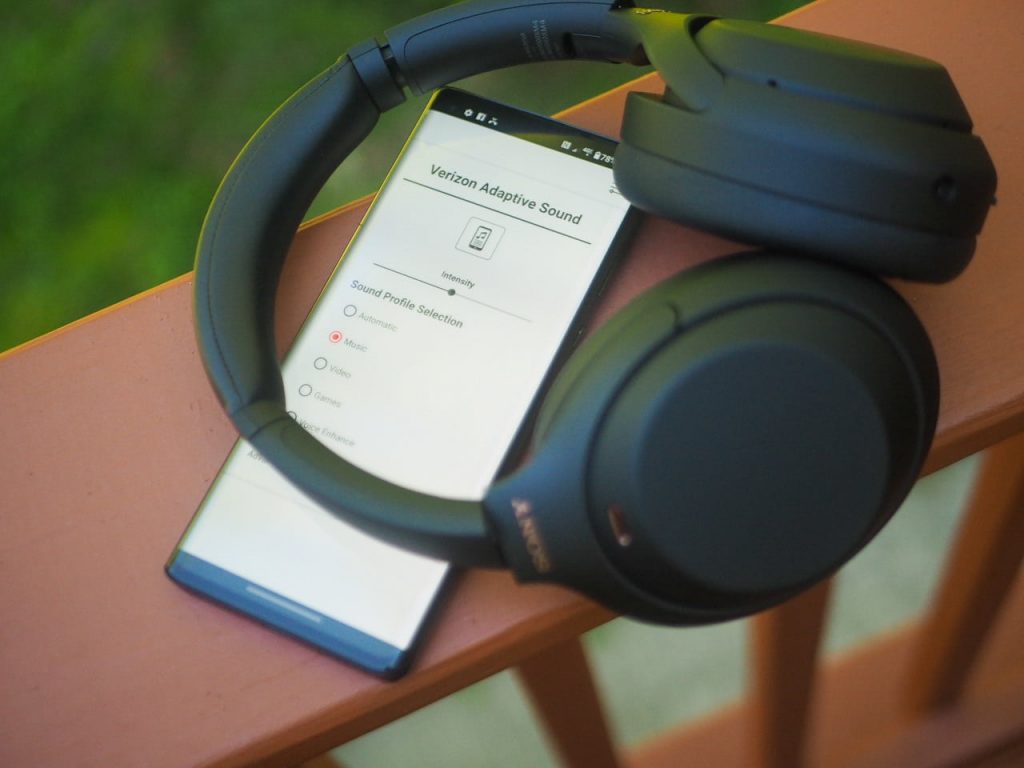 Everyone’s been there: The latest Marvel film trailer is out, or Kanye surprise-dropped a record, but all you have are the tinny-sounding little speakers on your smartphone and a handful of friends itching to listen in. While many of us have quality speakers or headphones at home, those devices aren’t always handy. And even if they do feature interesting software features (like AirPods or Sony’s flagship headphones), it doesn’t always translate to all source audio or every device.

Verizon is setting out to change that — to equalize the audio space by partnering with nerdy audio startup Boomcloud 360. Currently pilot testing on a small handful of phones, with more to come later, Verizon’s Adaptive Sound brings the concept of tailored, virtual surround audio to your Android phone’s OS level. If Verizon’s promise holds true, it means you can mold all of the audio that passes through your phone onto any connected device without the need for proprietary apps.

Sound too good to be true? I got in touch with Verizon and Boomcloud 360 for a behind-the-scenes look, and here’s how it works.

How you hear sound

Before analyzing any virtual surround sound, it’s important to learn a bit more about how we hear as human beings. “How do we know when a car goes from left to right as it’s passing by?” says Paul Riker, VP of User Experience at BoomCloud360. “And, more specifically, how do we know when it’s really far left and then really far right.” It turns out, the science of spatial audio is pretty hard to nail down.

When we position a sound in our real world, we use factors like its volume, spectral makeup (how much treble versus how much bass, for instance), and how it interacts with the environment. When you turn your head, that whole equation changes in real time. While many tech companies aim to offer virtual surround sound, many fail to keep the integrity of the source sound because so many variables change. In short, it’s not just about “more bass” or pure gimmicks like virtual surround sound.

Is this similar to Apple’s spatial audio?

Apple has made waves with its lauded Transparency mode. Using multiple outboard microphones, Apple’s pro-level AirPods products compile a surround-style image of what’s going on around you. But this is done strictly on the headphones themselves, and it’ll work with compatible AidPods product (either the AirPods Pro or the AirPods Max). It’s worth noting that many headphones support this technology, not just Apple, though some of the routes they take to get there can be a bit different.

So what does it look like when trying to provide nuanced, three-dimensional sound for Spotify singles? What about a Netflix show? What if you’re listening on a cheap Bluetooth speaker you bought on Amazon? Painting an immersive image and polished EQ onto the audio already passing through your phone — in the onboard speakers, Bluetooth devices, or even your car’s stereo — is Verizon Adaptive Sound’s main focus. But determining whether this is marketing jargon or the real deal is another thing entirely.

While I’m not a research expert or audiologist, I have a fairly deep background on how sound works and how music merges with technology (the title of my Bachelors’s degree is literally Music Technology). On the phone with Riker from Boomcloud 360, I wanted to press him on some of the science behind the goals of Verizon Adaptive Sound.

“The first thing that governs our approach to this technology is: Do no harm,” says Riker. “We’ve developed a way to dynamically optimize and tune the sound experience, all while ensuring we maintain the integrity of the original sound file.”

How research and partnerships bring the sound to your phone

The researchers behind Verizon Adaptive Sound — pros with backgrounds in audiology, mathematics, statistics, spatial audio, etc. — use existing papers and studies while also producing their own IP to nail down algorithms and sonic treatments with more than 70 patents to give you, in theory, a better sound stage — all without undercutting any part of the sound. In fact, one of the founders of Boomcloud 360 spent years studying the merger between sound science and consumer tech at DTS. In short, they’ve brought in the big guns.

So, does it actually work?

To be fair, Riker and his team knew I’d be skeptical when they were giving me more info over the phone. “We lead with the default tuning that we think will provide the best experience,” says Riker. “But we’re well aware that people have specific preferences and want more control. And we’re confident enough in this technology that we give you the power to adjust sliders, EQs, and more, all to tailor your sound.”

I spent about a week putting this new software to the test across a lot of different applications. Right now, the Moto Edge+ is one of the only devices that has the tech built-in, and I tried everything I could think of to see if Verizon Adaptive Sound improves the audio experience. First, I used headphones of all types — from Bluetooth flagships like the Sony WH-1000XM4s I use for most audio and mid-range IEMs like the Shure SE425. This is the scenario that really shines. Without VAS enabled, the sound is one-dimensional: Good, but nothing new. When VAS is turned on, it adds a feeling of space to your music or YouTube video. Sometimes, this is overkill, but sometimes this really brings out parts of the music you never hear like room mics on a drum set or some mid-range nuance in the vocal track.

But headphones aren’t the only application. The point here is to use this technology across all your connected audio devices. While I did notice a slight difference when listening to audio over the Edge+’s tiny onboard speakers, I’m not so sure the average listener would get much value. One noted improvement was on my tiny JBL Bluetooth speaker while sitting out on my porch. Normally, though loud, this particular speaker provides a markedly narrow sound. With VAA enabled, it felt like I had two speakers, even when I was listening off-access. What’s more, the tech didn’t change the volume or bass/treble makeup of the sound. It just added nuance. I even found a mild improvement on Bluetooth-connected car stereo with podcasts, Spotify, and more.

I even found a mild improvement on Bluetooth-connected car stereo with podcasts, Spotify, and more.

The other point of testing I wanted to get clear on was — as I noted above — how does this compare to the AirPods’ impressive transparency mode? In short, these really are two different things. Apple aims to physically position the location of your “source audio” device, giving you an accurate point of sound depending on where your laptop, phone, or tablet is. This is really immersive when consuming content, but it’s also helpful for realism during phone calls and FaceTime sessions. VAS doesn’t feel quite as dynamic as this. Instead, it seems particularly focused on giving you rich audio that, while still immersive, doesn’t factor in your physical movements or the tilt of your head.

A final note on quality is this: Your VAS mileage will vary. Different speakers, headphones, and sound systems all have different thresholds for improvement. Your extremely nice speakers might pick up some value, while your cheap $30 earbuds might not become something they aren’t. My personal take is, if the tech is available to you, turning it on (or allowing it to auto-mold your sound, using its source detection technology) won’t hurt, and will in some cases improve your listening experience.

Coming to a phone near you, hopefully

The most important part of this story is how VAS gets to you. Verizon’s goal is to provide something that won’t require consumers to buy specialized headphones or lock themselves into a single-device app. Ironically, right now, the technology is not on very many phones, so you do have to buy a specific smartphone to get in on it. “Our hope is to get this into as many Verizon phones and devices as possible, no matter what manufacturer makes those devices,” says George Koroneos, a Senior Manager on Verizon’s device team. “We aren’t there yet, but because we want this technology to be turnkey and accessible, we’re having a lot of conversations with a lot of smartphone brands.”

In essence, how you get access to VAS is through your Verizon smartphone at the moment. Should you drop your current phone and go buy a Moto Edge+ just for this? Well, probably not. The Edge+ is a solid flagship phone and VAS is really cool, but it’s not a must-buy. It’s sort of the cherry on top; a cool thing to have that will undoubtedly bring your music and video consumption to a new level.

But whether the audio revolution Verizon is hoping for actually happens depends almost entirely on one thing: Will Samsung, Google, HMD, and the rest of the consumer tech giants be willing to bring it to their phones? Time will tell, but I’ll be here listening when it does.