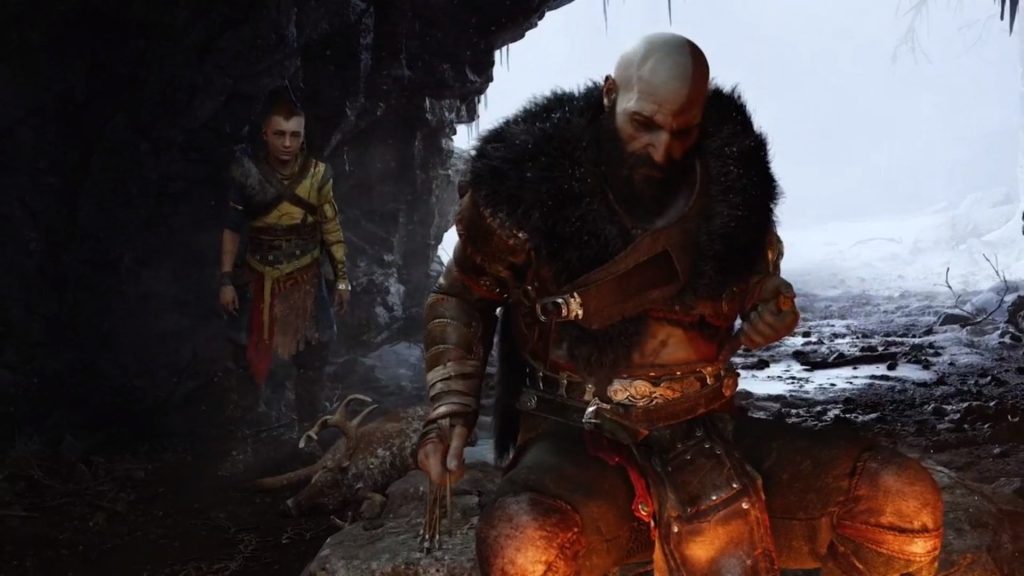 It feels like God of War came out forever ago, despite the fact that it was only released in 2018. That’s before the pandemic, before I worked a terrible food service job, and right when I graduated from college, which feels to me like a lifetime ago. However, after replaying it recently (a whim that was spurred on by my deal with a devil for a PS5), I’ve realized just how much of that game I forgot. I forgot how good it felt to throw Kratos’ axe and have it return to his hand, and so, so many of the tender moments he shares with his son, Atreus. But most of all, I forgot just how much the game alludes to the upcoming Ragnarok.

After beating God of War, it’s pretty clear that the next game would be taking place during Ragnarok, or at least lead up to it. However, there are tidbits of lore and one-liners throughout the game that hint toward the more specific details of Ragnarok, both the upcominh God of War game and the event itself. These details come pretty quickly, so it’s fair if you’ve missed them, but anyone who hasn’t played the game recently almost certainly won’t remember.

Instead of going through all of God of War with your notes app open (like me), here’s a list of some of the biggest hints about what’s coming in God of War: Ragnarok.

We might see the birth of the World Serpent

I was surprised to learn that the World Serpent, the massive snake that wraps itself around all of Midgard, is actually from the future. According to the character Mimir, the Serpent was sent back in time after fighting Thor during Ragnarok, a battle that was so fierce that it splintered time and space, chucking the serpent into the distant past, to the time before it was born. In all likeliness, the World Serpent hasn’t been born by the time Kratos and Atreus start their adventure, although that’s probably because Atreus is Loki.

In Norse Mythology, Loki isn’t just the brother of Thor and the son of a god and a giant; he’s also the father of the World Serpent. If God of War: Ragnarok‘s version of Norse mythos keeps this part of Loki’s character, it’s possible that we might meet Atreus’ scaly child in Ragnarok. There is definitely some strange connection between Atreus and the World Serpent. According to Mimir, the first time the giant snake sees Atreus, it says that there’s something familiar about him, as if the two have met before.

Giants are going to return

The only Giants players ever meet in God of War are either dead or a massive snake. However, the race isn’t totally gone, at least according to the smartest decapitated head alive, Mimir. After being asked by Atreus if anyone lived in Muspelheim, the realm of fire, Mimir said that the land’s only denizens were fire giants, who would not return until Ragnarok.

If that’s the case, then players may see some towering giants in God of War: Ragnarok. Although Giants aren’t always enormous in stature, the only other elemental giant in the game was. Thamur, the ice giant whose corpse players explore during God of War, was massive enough to crush an entire village after he was killed by Thor.

God of War: Ragnarok‘s first trailer included a bunch of interesting details, but one that wasn’t subtle at all concerns Freya, who appeared to attack Kratos. It’s no surprise that the Goddess wants to see Kratos dead after he killed her son, Baldur, at the end of God of War. However, it’s surprising that she could even swipe at him with a sword. Freya and her history come up throughout God of War, including the part where Odin placed a curse on her after she left him. The curse, which keeps her trapped in Midgard, also prevents her from harming any single living thing, either with a spell or with a sword.

Clearly, that curse doesn’t hold up. It’s not clear how Freya manages this, although we’ll likely see it happen at some point in God of War: Ragnarok.