Our first hands-on look at the Apple Watch Series 7, courtesy of a carrier employee 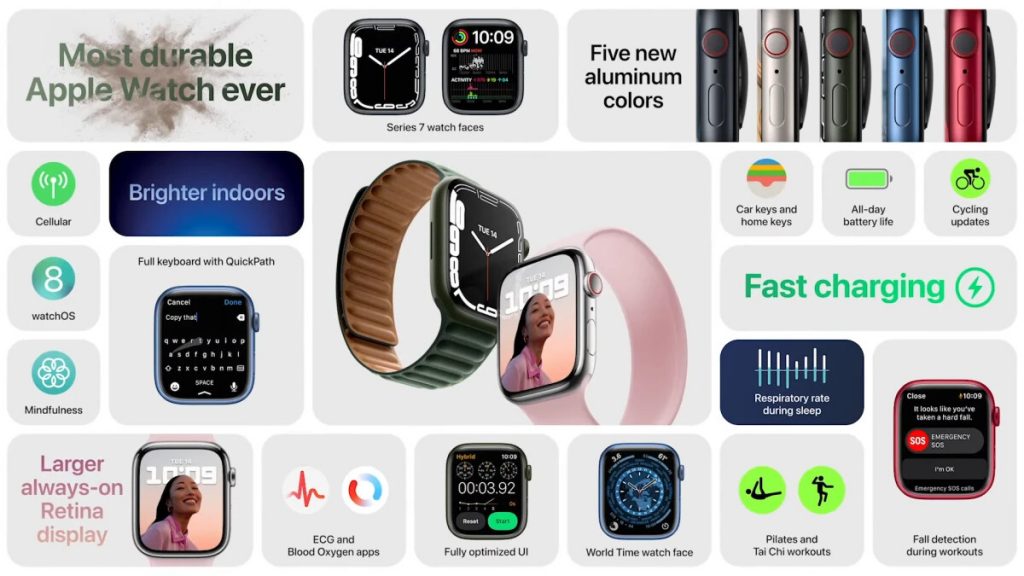 Share
Facebook Twitter LinkedIn Pinterest Email
The Apple Watch Series 7 which was announced alongside the new iPhones and iPads in September has yet to begin shipping. Up until now, we had only seen the official marketing photos shared by Apple but today, MacRumors seemingly got hold of some real-life images.
These Apple Watch Series 7 images were uploaded to a Facebook group for Apple Watch aficionados but were later taken down. The person who posted the pictures apparently works for a carrier who was testing the new model.

Apple has only revealed that the watch will be available later this fall. Hermès, which seems to be working on its own Apple Watch 7 collection, has allegedly said that pre-orders will begin on October 8. Per another rumor, the wearable will go on sale by mid-October.
The Watch Series 7 is a really minor upgrade over the Series 6 and features a larger display, slimmer bezels, and a new qwerty keyboard, as can be seen in the hands-on photos.

The accessory is also crack resistant and comes with an IP6X rating. It’s also slightly bigger and will come in 41mm and 45mm sizes.

Like its predecessor, the new model also offers 18 hours of battery life but it charges up to 33 percent faster.

The watch doesn’t get any new health sensors and although it’s powered by the new S7 chip, the CPU appears to have been borrowed from the Series 6.

The aluminum version will come in midnight, starlight, green, blue and (PRODUCT)RED. The price will start at $399.