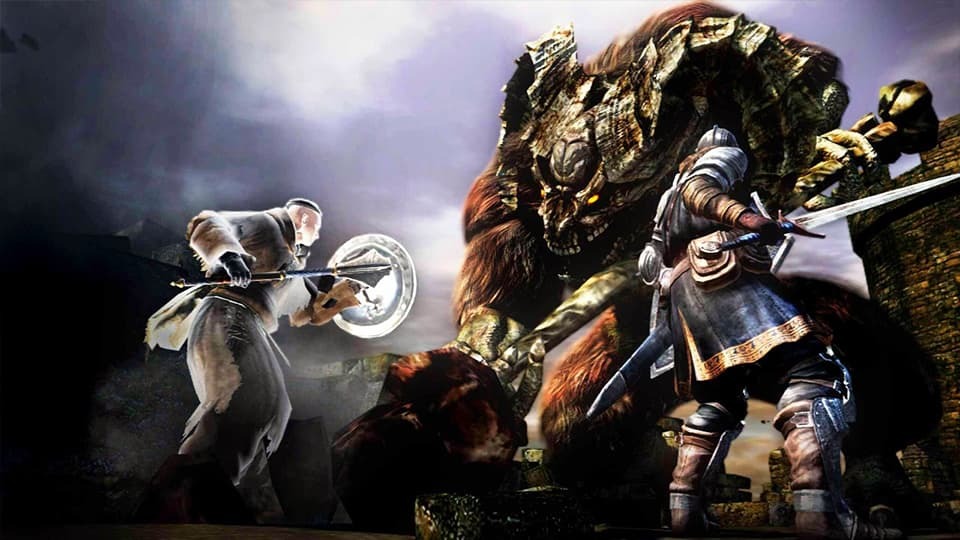 When a developer puts a game out, they hope for solid sales and happy players. But every once in a while, they get something more. Although the industry is heavily trend-driven, when a new idea breaks through, like the free-roaming sandbox chaos of Grand Theft Auto III or the one-against-all battle royale of PUBG, it’s a big deal. A decade ago, a quirky Japanese developer managed to pull it off in an unlikely way.

Prior to Dark Souls, From Software already had a reputation. Its early PS1 adventure games like King’s Field were slow, obtuse, and extremely hard. Mech simulator Armored Core came with massive manuals to help gamers grasp the myriad interlocking systems, but From Software carved out a niche audience receptive to its unique interests.

But with 2011’s Dark Souls, it delivered a crossover hit that perfectly combined its hardcore formula with innovative online features, top-class worldbuilding and a unique dark fantasy vibe that was perfectly timed. And in one fell sword stroke, a new era of action games began.

From Software started working on Dark Souls shortly after the release of 2009’s Demon’s Souls for the PS3. Writer/director Hidetaka Miyazaki had cut his teeth on that game, taking a struggling fantasy adventure and turning it into something deep and personal.

Dark Souls dispensed with much of the hand-holding that gamers expected from their adventures. Gone were expository dialogue, plot-advancing cutscenes, or helpful tutorial imps. Instead, you woke up in the ruined world of Lorien and immediately had to fend for yourself. The basic controls were laid out for you, but how weapons, magic, stats, and the rest of the game’s systems worked had to be deciphered through trial and error. 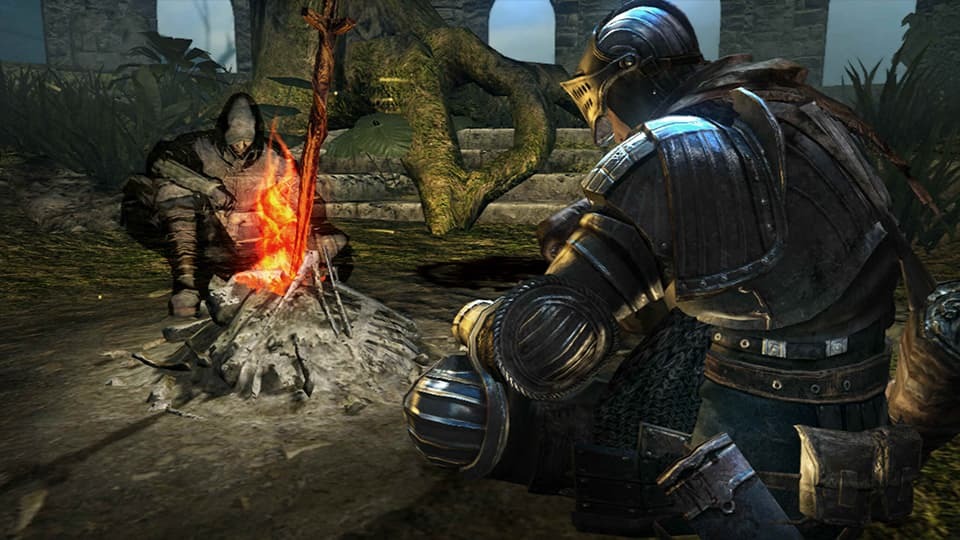 It also made death just part of the system. While contemporary games had mostly adopted the practice of letting players quick-save anywhere to immediately retry sections they failed, Dark Souls deliberately restricted where players could back up their data to bonfires scattered around the map. But resting at one also had the side effect of respawning any enemies you’d dispatched. That delicate balance made every bonfire feel consequential.

Hardcore gamers had complained for decades that action games were becoming simpler and easier. The release of Dark Souls gave them a new type of challenge that was tough but eminently fair. The world of Lorain was huge, seamless, and diverse, with numerous foes to encounter. And unlike most action games, which made players feel empowered by letting them slice through hordes of cannon fodder grunts without breaking a sweat, every fight in Dark Souls required attention, strategy, and timing. Players had two choices: Get good or give up.

Dark Souls was far from the first console game to do online multiplayer. But the game’s unique asynchronous twists elevated the connectivity to something truly new and different. Because every player was exploring the same terrain, they would face the same traps and challenges. Dark Souls allowed players to drop “soapstones” on which they could inscribe messages. These messages could warn others playing online about what awaited them, or point them to a hidden secret. Not all of them would show up in every playthrough, adding new user-generated content to the game in a simple but engaging way. A similar system was used for player deaths—walking over the bloodstain left behind would show a short, ghostly replay of what took their life.

Of course, players also used the system malevolently, dropping deliberately misleading info to troll their compatriots. In the world of the game, that made perfect sense—the cursed undead didn’t necessarily want the best for each other, so guile and deception were to be expected.

The more traditional competitive multiplayer had its own clever wrinkles. Instead of signing in to a lobby and hoping to be matched with another player, the use of a special item would drop you right into another person’s single-player game. From there, you could face them in combat and harvest their souls, restore your humanity or just make life more difficult. Yet another item, the White Soapstone, allowed players to summon you not to fight them, but to aid them in combat. The myriad ways these systems intersected made Dark Souls multiplayer an essential part of the solo experience.

While Demon’s Souls was a niche hit, Dark Souls fared significantly better. The third modern console generation, especially for Sony, lacked real breakthrough titles, and designers had grown dependent on sequels and incremental improvements. Dark Souls hit like dragon’s breath, scorching the earth in front of it and showing studios that players craved a real challenge, one that was predicated on skill and knowledge and not just grinding for numbers to go up.

The design philosophy of the Souls game put trust in the gamer and their abilities to explore, discover, and draw connections. The asynchronous multiplayer allowed them to subtly help or hinder each other as they mastered the world and its systems. And the potential for invading players to attack or aid made each playthrough different, even if the core content didn’t change.

From Software released two Dark Souls sequels, along with refining and massaging the gameplay in titles like Bloodborne and Sekiro. It transformed itself from a niche obscurity to a developer that commands fierce loyalty in its player base. Other companies took note. Games like Dead Cells, Nioh, and The Surge borrowed the tense, thoughtful combat and willingness to let the player learn through dying. It even spawned a new genre descriptor—”Soulslike.”

While the Souls franchise seems to be closed, From’s next game—Elden Ring, with Game of Thrones mastermind George R.R. Martin writing the fictional universe’s backstory—looks to expand even further on what makes the franchise great. Look for it in January 2022.