Apple Watch Series 7: Everything You Need to Know 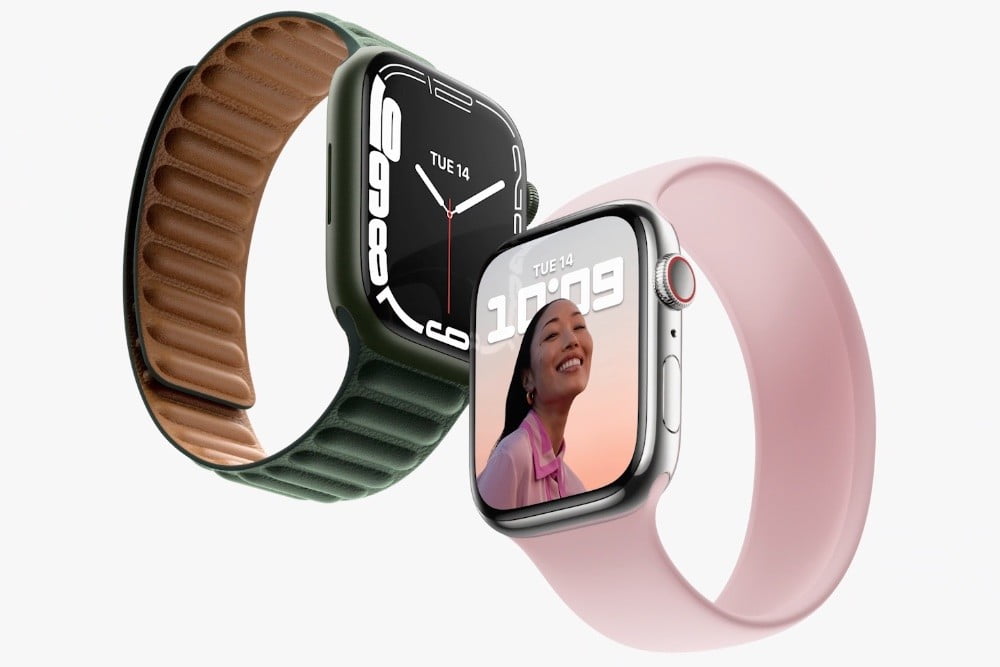 The new Apple Watch Series 7 is going to be available in the coming weeks, according to a press release from Apple. While the Apple Watch Series 7 doesn’t feature a major redesign, it has a larger display with a curved edge and some beautiful new models and finishes. If you’re thinking about ordering, here’s everything you need to know.

If you plan to order an Apple Watch, Apple’s online store is the best place. Customers ordering from Apple have access to the exclusive Solo Loop and Braided Solo Loop stretchable silicone bands, and they can choose their preferred case and band combination, so their watch will be perfectly suited to their tastes right out of the box.

The Apple Watch Series 7 doesn’t have the redesign that was hinted at in the leaks — remember, leaks aren’t always accurate — but it does have some subtle changes. The Retina screen is 20% larger than on the Series 6, with a 1.7mm bezel that’s 40% thinner than before. The visual change comes from a 2.5D curve around the screen, so it cascades over the edge of the body and is covered in a crack-resistant crystal that’s 50% thicker than before for increased durability.

Apple says this gives the Watch Series 7 a softer look, which is increased even further due to the rounded corners of the case. It’s not just about looks, though — the larger screen fits 50% more text. It’s even large enough to show a full keyboard with either tap- or swipe-typing. The always-on screen makes a return and is 70% brighter when viewed indoors, but the even better news is the IP6X dust resistance certification, which joins the existing W50 water resistance rating.

There are several new watch faces, each made specifically for the larger, curved screen. Contour emphasizes the screen edge by pushing the dial right to it and animates to highlight the hour. Modular Duo puts two large complications in the center of the screen, while World Time adds a 24-hour time zone to the face. Look out for the Portraits watch face in WatchOS 8, too, which animates Portrait photos taken with your iPhone for use on the Watch. All the new Watch faces will be compatible with the Apple Watch Series 4 onwards.

The aluminum model comes in five colors — Midnight, Starlight, green, blue, and Product Red — plus, it supports new watch faces made specifically for the larger, curved screen. One thing the rumors did get right is a slight increase in size, as the Series 7 comes in 41mm or 45mm case sizes. Despite this, the Series 7 is compatible with all existing Watch bands, so no need to worry if you already have a collection.

The Series 7 will use WatchOS 8.

There will be new versions from Nike and Hermés launched with the Series 7, each with new straps. The Nike version will be available with new Sport Loop straps in three different colors that blend the Swoosh logo and text into the strap’s weave. A new Nike Bounce watch face will be part of the collection, and it animates when you tap the screen or use the Digital Crown.

For Hermés, there are two new straps — Circuit H, which is made from leather and has a chain-like design, and the Gourmette Double Tour, which has been styled to recall collars with a link motif that Hermés designed in the 1930s.

Wondering about the technology? Apple hasn’t said anything different, so we must assume it uses the same Apple S6 processor used in the Series 6. It also has the same sensor array on the back, ready to measure heart rate and blood oxygen and take an electrocardiogram (ECG) reading. There’s a new fall-detection feature that works during workouts and when cycling, and through WatchOS 8, the Series 7 will measure respiratory rate during sleep.

Staying with workouts, there’s a new voice feedback system where information is spoken to you either through the speaker or over a pair of Bluetooth-connected headphones, including activity status, workout milestones, and other data designed to motivate and keep you focused.

Apple says the battery will last a full day (18 hours) before needing a recharge. New fast-charging technology takes the Apple Watch Series 7’s battery to an 88% charge in 45 minutes.