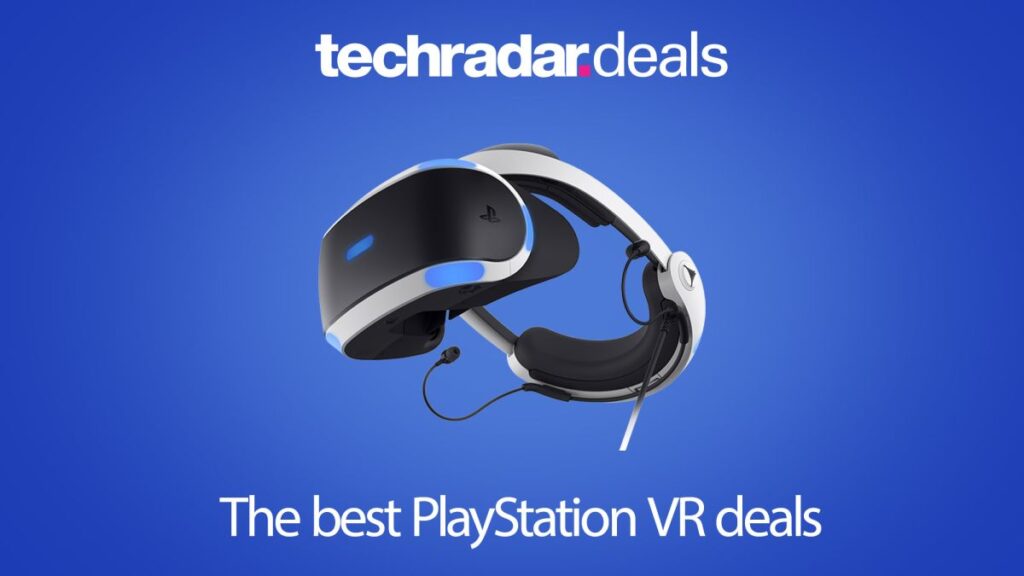 As we enter a brand new month, PlayStation VR deals are still impossible to find right now. Sony has announced that a new PSVR 2 model is on its way and so stock of the previous bundles has dwindled to nothing. Incredibly, we can’t find anywhere for you to buy it brand new in the UK or the US. Your only option is to go second hand or risk an import from another country. We definitely wouldn’t recommend the latter.

Now, these shortages make sense when you consider that Sony recently announced a new PlayStation VR system is in the works. This “next-generation VR system” will be coming to PlayStation 5, as revealed in a recent blog post. Your best option is to wait until we have more info on this and look to buy the new PSVR 2.

Among its features, you’ll find a new VR controller that brings DualSense compatibility over to the virtual reality realm. Not only that, but a single cable will be able to connect the new PlayStation VR system to the console itself – so gone are the days of a half-hour setup process.

We don’t have a release date for this system but we know it won’t be in 2021. You can expect there will be a new PSVR bundle to support it, but it does leave the existing model in a weird spot. Those looking for PlayStation VR deals could be disappointed in the months ahead as there’s so little stock out there.

The headset itself originally launched at $399/£350 – but you could find it for far less than that when stock was available. Now, your best option is to wait for the launch of the second generation of PS VR. If you do pick up an older headset, you’ll also be happy to know that the PS5 retains all the VR functionality – so you won’t be missing out if you’re looking to buy a PS5.

This cheap PlayStation VR bundle deals page can also help you prepare by picking up the other kit you’ll need to enjoy the best PlayStation VR experience. If you’re looking for a console upgrade but don’t want to wait for the PS5 to come back into stock, check out our PS4 Pro bundle deals, or shop around a little more as we run through the best VR headsets and best PSVR games on the market right now.

PS5: check latest stock at Amazon
The PS5 is now out in the wild, and while stock remains low we might see retailers bringing more consoles to the market over the next few days. Keep an eye on the following stores as you never know when more stock will land.

The grid below automatically shows you the lowest PlayStation VR prices for the headset from different retailers, if any stock is available.

Are there any PlayStation VR bundles in the US or UK?

There are no PlayStation VR bundles available to buy in the UK or the US right now. You might find the odd headset here or there, but stock has been running low over the last few weeks. And while Walmart and Amazon are both offering the headset, bundle prices are reaching $600. That’s considerably over MSRP.

Where to find the best PlayStation VR deals

More PlayStation VR deals in the US:

What about PlayStation VR 2?

Sony has now officially announced the coming of a second generation PlayStation VR system. Designed for the PS5, don’t quite know what will be going on under the hood here, but we can expect graphical upgrades, a boost in processing power, and more incorporation of the next generation’s Tempest 3D audio system as well.

While we know the new system won’t be wireless, Sony has committed to abolishing that tangled mess of cables that came associated with the first generation. Instead, we’ll be seeing a single wire connection between the PlayStation VR 2 and the PS5 console.

So when can we expect PSVR 2? Sony has made it clear that we shouldn’t be marking our calendars just yet. The new system isn’t expected to hit the shelves until 2022 or beyond, so it’s a waiting game for more information.

While we don’t know for sure, the PlayStation VR 2 price is likely to fall within the same $399 / £399 range as its predecessor at launch. However, with plenty more content heading to the device over the next couple of years, we can reasonably expect that some bundles will add extra value to that price point as well.

Keep an eye on this handy chart below as we’ll update it with the latest prices for a wide range of PlayStation VR games. To compare prices on individual titles, click the ‘View all deals’ button at the bottom of the chart.

It’s crucial you buy a PS4 camera along with your VR headset if it’s not already in the bundle, otherwise, it will not work. Don’t pay more than the standard £45/$60 for the camera though.  Sony released an updated, rounder (see image above) model with a built-in TV-mount and there are deals included in the chart below. The older PS4 camera is also compatible with PlayStation VR. If there’s nothing tempting below, maybe try for a new/preowned unit via eBay?

The PlayStation Move motion controllers are very much an optional purchase as not every game supports them. Many that do, also have options to use the standard DualShock 4 PS4 controller instead.

Move wands aren’t as readily available as the cameras at the moment, but there are deals to be found if you shop around – or let us do it via that magical box below. It’s worth noting, as well, that some of the more expensive results are actually for twin packs.

We’d advise a little caution if you’re considering pre-owned units, as the lack of use in recent years may have dulled the charge capacity of the battery compared to new controllers. If you want to try your luck (and probably save a fair amount), here are some handy links for eBay.

Sony have just released the DualShock 4 Back Button Attachment, a small device that clips onto the back of your controller and adds two extra mappable buttons for extra control configurations. The device has so far been wildly popular, especially in the US, so stock is always temporary at the moment. If you see a price you like below, grab it before it’s too late.

Why can it be difficult to find good PlayStation VR bundles?

We’d recommend staying on top of your favorite retailers and checking back regularly to be the first to grab any new PlayStation VR deals.

We’ll update these PSVR prices on a regular basis and add any bundles that may appear featuring the headset, camera, controllers or games.