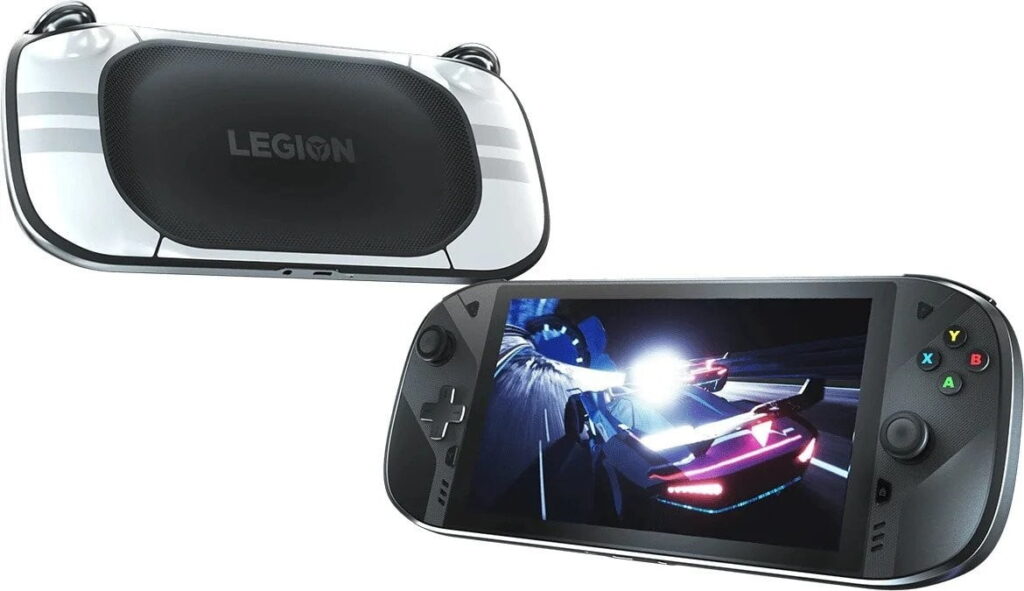 Lenovo is making its own video game system, according to a recent leak. Images of a handheld called the Lenovo Legion Play appeared in the source code of the manufacturer’s Mobile World Congress 2021 website.

The system, discovered by Lilputing, is described as “the first Android cloud gaming console.” It looks a bit like the Nintendo Switch, with a standard-layout ABXY attached to a 7-inch FHD display. The website source code mentions a few other specs too, like HDR 10, dual speakers, and a 700mAh battery. The console would supposedly play cloud games, allowing players to stream their PC games to the device.

It’s an impressive piece of tech on paper, but that last part gives me pause. The idea of a “cloud gaming console” is, simply put, absurd.

Cloud gaming is still relatively new territory in video games. The service allows players to stream powerful AAA games to devices that normally couldn’t run them. Microsoft’s cloud service lets players enjoy titles like Gears 5 on a phone. Google Stadia allows players to stream a game like Cyberpunk 2077 on their potato of a PC, a feat that would normally be impossible. Even Nintendo utilizes cloud services now, with games like Marvel’s Guardians of the Galaxy coming to the system via streaming.

The entire appeal of Cloud gaming is that players don’t need to buy a $500 console or build an expensive PC to run the highest-end games. Instead, they can play them with the devices they already own. That’s where the very concept of the Lenovo Legion Play, and cloud gaming consoles in general, starts to fall apart. Why would you buy an expensive device to do what your phone does? It defeats the entire purpose.

There’s a more inherent flaw in the concept of a portable console built for this purpose: Cloud gaming requires a constant internet connection. That means you’ll need fast and stable internet at all times when streaming a game. The entire appeal of a portable device is that you can take it on the go. But at present, that’s not possible with Cloud gaming. Were something like a Legion Play to exist, players would need to sit in their homes connected to Wi-Fi to play. It’d be a fun device to take on vacation, but you wouldn’t be able to play it on your morning train commute.

The puzzling leak underscores the current trouble with Cloud gaming and why it has been so slow to take off. In theory, a service like Google Stadia should be wildly popular as it makes games more accessible. But the technology is one built on limitations that early experiments have yet to fix. The need for stable internet severely limits how players can actually enjoy games. We’re simply not at a point where taking a AAA game on the go is possible, regardless of how impressive the device running it is. That makes devices like the upcoming Steam Deck, which is essentially a handheld PC, more appealing.

It’s worth noting that the Lenovo Legion Play was never officially revealed. Despite appearing on the company’s MWC website, it didn’t debut at the event. Perhaps the Legion Play was just a proof of concept that still needed work. Or maybe we’ll see it pop up at an event like CES. If it does eventually appear, hopefully, there’s more than meets the eye here. As it stands, the entire premise of a “Cloud gaming console” is fundamentally flawed, so Lenovo would need to have a tight elevator pitch ready to make it seem like a viable option.