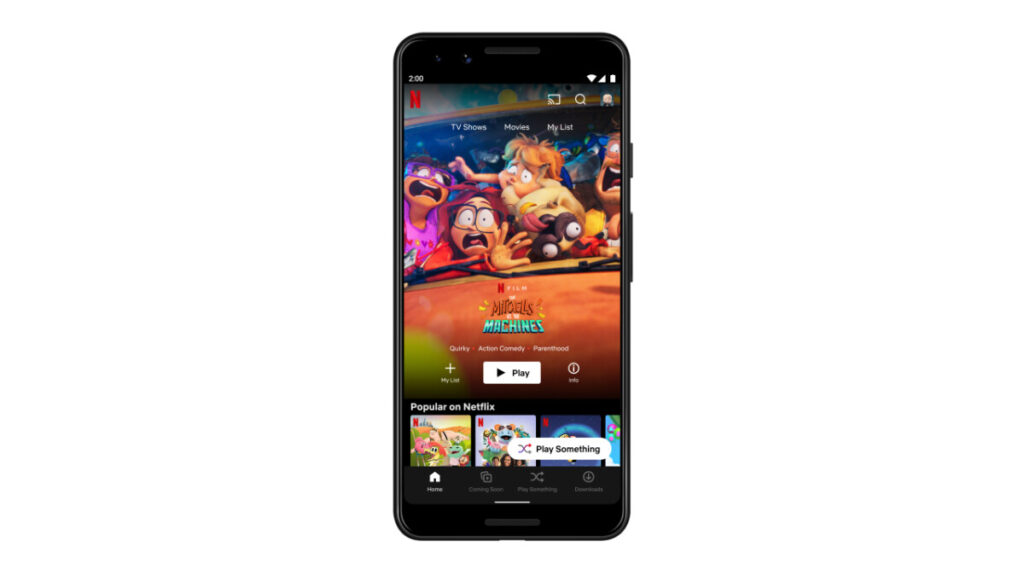 Play Something is a new feature that Netflix begun testing back in April in select markets on Android devices. Today, the company announced that it will make Play Something available to all Netflix users on Android.

The new feature is Netflix’s take on the “shuffle” function that many music streaming services offer. Although it’s been available on desktop for quite some time, Play Something has only been added to Android this week.

Unfortunately, iOS users won’t benefit from the new shuffle feature The Verge reports, but Netflix announced that it will start testing Play Something on iOS in the coming months. This means that it’s unlikely that iPhone/iPad users will be getting a similar feature this year.

In the same piece of news, Netflix released another feature called Fast Laughs. It’s a TikTok-like feature but for movies and TV shows. Fast Laughs was launched on iOS early this year and it’s now making its way to Android devices in select markets, including Australia, Canada, Ireland, India, Malaysia, Philippines, United States, and the UK.

Last but not least, the long-awaited Downloads for You tool will be coming to iOS next month, Netflix announced today. Currently, the option to automatically download movies and TV shows to watch offline based on viewing history is only available on Android devices.