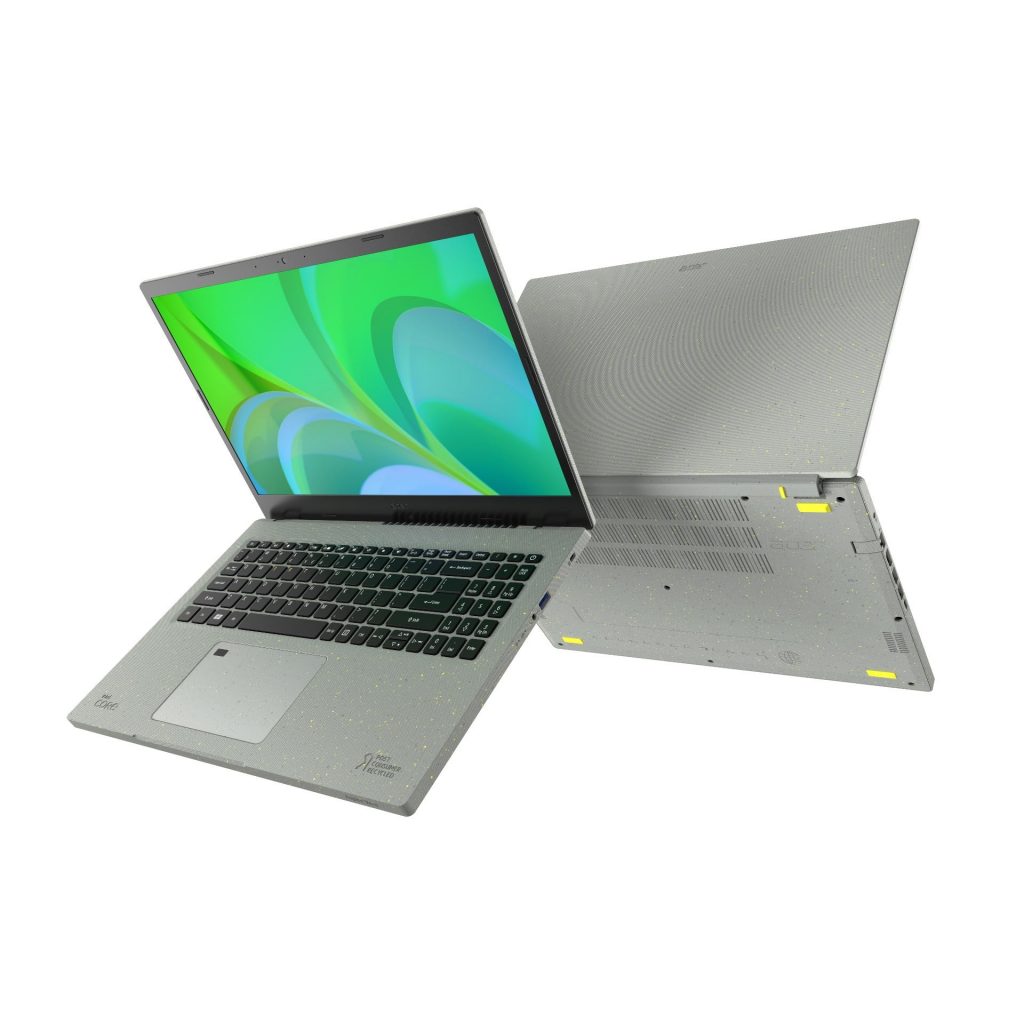 Acer has announced a slew of new laptops, all of which come with Windows 11 preinstalled. The three new laptops hit three distinctive audiences — there’s the budget-friendly Aspire Vero, the productivity-focused Swift 5, and the gaming-centricd Nitro 5.

Windows 11 won’t begin rolling out as a free update to PCs until 2022, making laptops like these the easiest way to get your hands on a system with Windows 11 on it.

The Acer Aspire Vero is the more eco-friendly of the bunch, focusing on sustainability as a a design goal. Acer says the chassis and keyboard are made from post-consumer recycled plastic and the packaging is 100% recyclable. In fact, the “R” and “E” keys are colored yellow to reinforce the “Review, Rethink, Recycle, and Reduce” concepts. The entire chassis is also easily accessible for quick repairs or upgrades. Clearly, this is a product that Acer wants people to keep for a while and then properly recycle when it’s time to upgrade.

The specs underneath that eco-friendly material are pretty decent as well. You can choose up to an 11th-gen Intel Core i7 processor with Iris Xe graphics, 16GB of RAM, and up to 512GB of SSD storage. It also features a 15.6-inch 1080p screen and comes with a decent compliment of ports including a USB -C, two USB 3.2, and an HDMI out.

While the Aspire Vero starts at $700, that lower-priced particular model (which has a Core i5 processor) won’t be available until later this month. The more expensive Core i7 model will be available tomorrow for $900.

The more productivity-focused Swift 5 is the latest in Acer’s Ultrabook line. Like the Vero, the Swift 5 also carries an 11th-gen Intel Core i7, plus it’s rated for up to 17 hours of battery life. Unlike the Vero, the Swift 5 sports a touchscreen covered in Gorilla Glass with an antimicrobial layer. The rest of the keyboard is likewise covered in an antimicrobial solution. Speaking of the display, it has a 1080p resolution, brightness up to 340 nits, and covers 100% of the sRGB color spectrum.

The Swift 5 will start at $1,100 and be available starting tomorrow.

The Nitro line has always been Acer’s gaming lineup, and is usually priced competitively with other budget gaming laptops. Since it’s gaming-focused, the Nitro 5 brings additional features such as 144Hz displays and Thunderbolt 4 for connecting to external docks and GPUs. There’s also a choice between a 15-inch or 17-inch 1080p screen.

Spec-wise, the Nitro 5 comes in either Core i7 or Core i5 flavors, with up to 16GB of RAM and up to 1TB of SSD storage. However, the GPU options are especially interesting. There’s a choice between either an RTX 3050Ti or an older GTX 1650. Even though the Nitro 5 is more budget-oriented, it’s surprising that Acer would keep the same GPU as its older Nitro 5 models. However, a GTX 1650 is still more than enough for most e-sports titles.