Xbox Series X vs Xbox One X: will it be worth the upgrade? 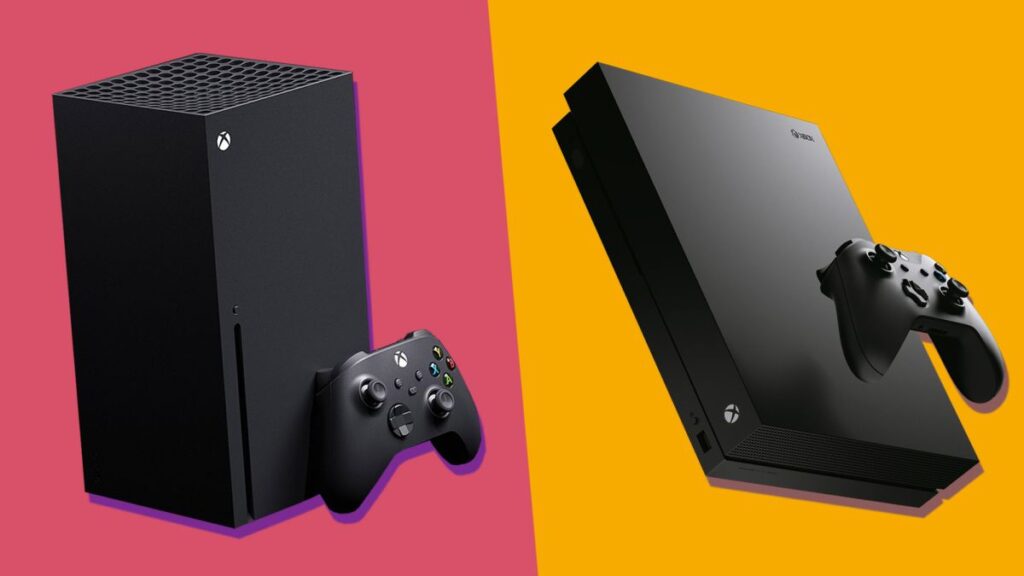 Which one is right for you, the Xbox Series X or the Xbox One X? The answer depends on you and your preferences, so let’s take a look at both consoles to find out which you should buy.

The Xbox Series X is, objectively, the better console. It brings you a truly next-gen gaming experience. It’s Microsoft’s flagship console and it can now hit higher framerates – up to 120fps. This means it almost eliminates load times completely. The console also offers far greater visual fidelity than the aging Xbox One X ever could.

What’s more, the Xbox Series X boasts a number of small but significant quality of life features, including Quick Resume and FPS Boost. This lets you suspend multiple games at once so you can pick up at the point where you left off, as well as potentially quadruple the framerates of older titles.

But if you already have an older Xbox One X, you don’t necessarily need to rush out and upgrade to Microsoft’s brand new system because it’s still an advanced and highly capable console.

Choosing between these two Xbox consoles isn’t as straightforward as it seems because they cater to different needs. There’s much more to consider than sheer power, as price can often be the biggest deciding factor of any purchasing decision or potential upgrade.

But what are the key differences? And is there a point when you need to admit you want a newer model and upgrade? The guide below will put the two Xbox machines head-to-head to help you decide.

We think the Xbox One X is best for console players who want a tangible upgrade over the base systems they’ve had in the past when it comes to specs, as the console supports native 4K resolution and HDR. However, it has officially been discontinued, which makes finding stock tricky.

What’s more, now the Xbox Series X is here, the Xbox One X’s original appeal of being the most powerful console on the market doesn’t hold up. Microsoft’s new tower of power is significantly more powerful than its predecessor and also eclipses the older Xbox in practically every department.

That being said, if you currently own an Xbox One X, or are looking for a 4K-capable console that’s equipped with a 4K Blu-Ray drive on the cheap, you shouldn’t overlook the Xbox One X just yet – or rush to upgrade if that’s your current console.

The good news for the Xbox One X is the more time that passes, the more appealing it becomes for some gamers. That’s because it’s price is now significantly cheaper  than the Xbox Series X. And although its specs don’t compare, you are still able to play all the latest Xbox One games on this older console, albeit without some enticing graphical bells and whistles. The cheaper Xbox Series S is also limited to digital purchases only, as it doesn’t have a disc drive.

If you’ve been on the fence about whether you should upgrade, make a brand new purchase or simply want to know about the key differences between the two, you’re in the right place with this Xbox Series X vs Xbox One X guide.

If you’re interested in the disc-less and significantly cheaper alternative to the Xbox Series X, check out our Xbox Series S review for everything you need to know.

The Xbox Series X costs $499 / £449 / AU$749, and matches the original MSRP of the Xbox One X. While this is, admittedly, very expensive, the Xbox Series X packs a lot of technology into its cuboid frame.

The problem right now is that the console is notoriously hard to find, with stock continuing to snapped up as soon as it appears, which can make it hard to find where to buy Xbox Series X.

However, the Xbox One X has had big price cuts over the past few months. We’ve seen the console drop well below it’s original asking price, but as Microsoft has since discontinued the Xbox One X, stock is becoming harder to find. If you do see an enticing deal, then, it’s worth snapping it up straight away.

When it comes to specs, this is where the Xbox Series X really differentiates itself. The console is packed with some seriously impressive hardware, many of which allow for technological advancements that you simply won’t find on Xbox One X, such as graphically intensive ray tracing support and frame rates up to 120fps. Check out the Xbox Series X specs below:

The Xbox Series X also comes with a super-fast 1TB NVMe SSD, which has a transformative effect on games. It’s storage system can boost load times by up to 40 times higher than a regular mechanical hard drive, and the new storage format allows for features such as Quick Resume, where you can suspend and switch between multiple games at a time.

The SSD is used in conjunction with Microsoft’s new Xbox Velocity Architecture which, while in its early stages, promises to leave load times in the past and help overcome previous developer bottlenecks such as slow I/O performance and texture streaming.

The Xbox Series X CPU is also a gargantuan upgrade over that found inside the Xbox One X. It’s capable of pushing out 120fps frames per second at 4K resolution (providing you have a HDMI 2.1 compliant display), and many games that were previously capped to 30fps can now reach 60fps with ease for a more silky-smooth and responsive experience.

The Xbox One X, while certainly showing its age, is no slouch, though. Check out the Xbox One X specs below:

The console is still capable of outputting a crystal clear native 4K resolution, and is compatible with all of the latest Xbox Series X games, though this may change in the future. Like the Xbox Series X, the Xbox One X also comes equipped with a 4K HD Blu-Ray drive, making it a great choice for home cinema enthusiasts who are looking to upgrade their set up for less.

What really holds it back, though, is it’s CPU, which is a huge bottleneck for the developers. The standard mechanical drive means load times in some titles can also be painful to sit through, but this can be circumvented somewhat with an external SSD. The Xbox One X is a great choice if you don’t mind that games will often run at 30fps, then, and we’re still huge fans of the console’s sleek design, quiet operation and media capabilities.

With the Xbox Series X now available, there are some exciting titles available right now and on their way soon. Between first-party titles like Halo Infinite, Hellblade 2 and third-party blockbusters like Cyberpunk 2077 there are a growing number of Xbox Series X games you can play today and many that are coming in the future, though the Xbox Series X launch lineup isn’t as fleshed out as we’d like.

Some of the games that are out now or coming soon to Xbox Series X/S in the near future include:

Backwards compatibility is also excellent on the Xbox Series X. You can play hundreds of games from previous Xbox generations on your new system, including original Xbox titles, but Microsoft has gone a step further with Smart Delivery. Consider this ‘forwards compatibility’ in the sense that when you buy a compatible game, it’s unlocked on all supporting hardware. For example, Cyberpunk 2077 supports Smart Delivery, so owners of the game on Xbox One X will benefit from a free upgrade to Xbox Series X.

Microsoft has recently encouraged developers to make these upgrades free through Smart Delivery in light of some publishers opting to charge more for cross-gen bundles.

Smart Delivery also means if buying an Xbox One X has cleaned you out, you can buy the likes of Halo Infinite and play it on your current-gen console, safe in the knowledge that you won’t have to buy it again for Series X once you’ve cobbled together the cash for an upgrade. Your save data will even be carried back and forth too.

This does, of course, mean that the Xbox Series X isn’t really dangling any exclusives in front of you to force you into an upgrade, which is an accessible approach but perhaps frustrating for those who like to feel like they’re really getting that fresh next-gen experience.

While the Series X will offer the best version of a game, the Xbox One X will still be able to play the same game, albeit at a lower quality. Xbox is being very dogged about its inclusive approach for the next generation, promising it won’t have any Xbox Series X exclusives for the first few years, and that Xbox One players won’t be left behind in the leap to next-gen. A bonus, then, if you’re sticking with Microsoft’s older machine.

With all that in mind, there isn’t really an exclusive game that will make you rush out to upgrade to the Xbox Series X. Making the jump will be more about wanting to see those games at their absolute best running on a faster console, or if you want the very best possible Xbox experience available.

The Xbox Series X is an enticing prospect, especially for those who are already invested in the Xbox ecosystem. Its graphical grunt combined with the excellent Xbox Game Pass subscription service means Xbox fans should seriously consider the latest and greatest console, with its impressive technical specs and plenty of hope for the future.

For early adopters, the Series X’s lack of exclusive games is at least offset by an instant collection of great games thanks to Game Pass and backwards compatibility. Numerous games are receiving Xbox Series X optimizations, too, making them look and play better than ever before. And with Smart Delivery, those looking to upgrade from their Xbox One X can buy supported games now and upgrade for free to the Series X version once they can afford the new unit.

Since the cost of the Xbox One X is likely to continue to fall, particularly now the Series X is approaching a whole year since launch, there are few reasons to buy it at full price right now. Even then, the better value prospect is the cheaper, but less powerful, Xbox Series S, though you will have to make do with a 1440p resolution output.

All things considered, it’s not really a battle between the Xbox One X vs Xbox Series X. Instead, Microsoft seems to be ensuring a harmonious, flexible transition between consoles for those who can afford an upgrade and want the best of the best from an Xbox.